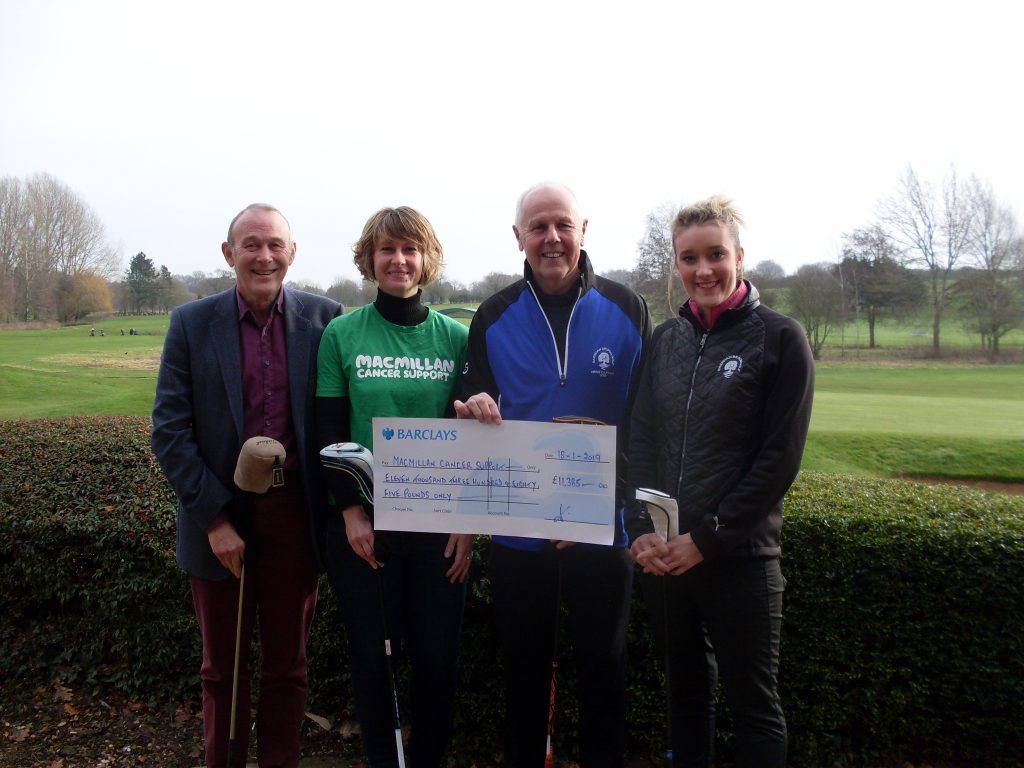 The 20th Macmillan Charity Golf Day was held at Barnham Broom Golf Club at the end of 2018 where over 100 golfers turned out to support the charity.

The official grand total from the event of £11,385.00 has now been verified. The event was made possible through the support of Barnham Broom, local companies and individuals alike.

After golf on the 18-hole Valley Course, a dinner was held along with an auction and raffle together with a variety of donated rounds of golf from many Clubs which were sold by silent auction.

Organiser Graham Knights, who is an Ambassador for Macmillan in Norfolk, commented that the amount raised from this event now makes a grand figure raised over the 20 years in excess of £200,000.00 and he thanked all those who had supported the day and previous events to make this possible, especially Spire Solicitors as main sponsors and Barclays Bank for their pound matching donation.

The money will be used to help cancer patients in Norfolk to hopefully make their lives a little bit easier at a difficult time.

Mr Knights also praised Barnham Broom saying that the event would not be possible without the support of hotel, events and golf staff.
Next year’s event is already being planned for 4th October 2019 at Barnham Broom.

Bryson breaks Dubai record with maiden win
It’s Golf, But Not As You Know It At Parley Golf Centre