It’s Golf, But Not As You Know It At Parley Golf Centre

It’s Golf, But Not As You Know It At Parley Golf Centre 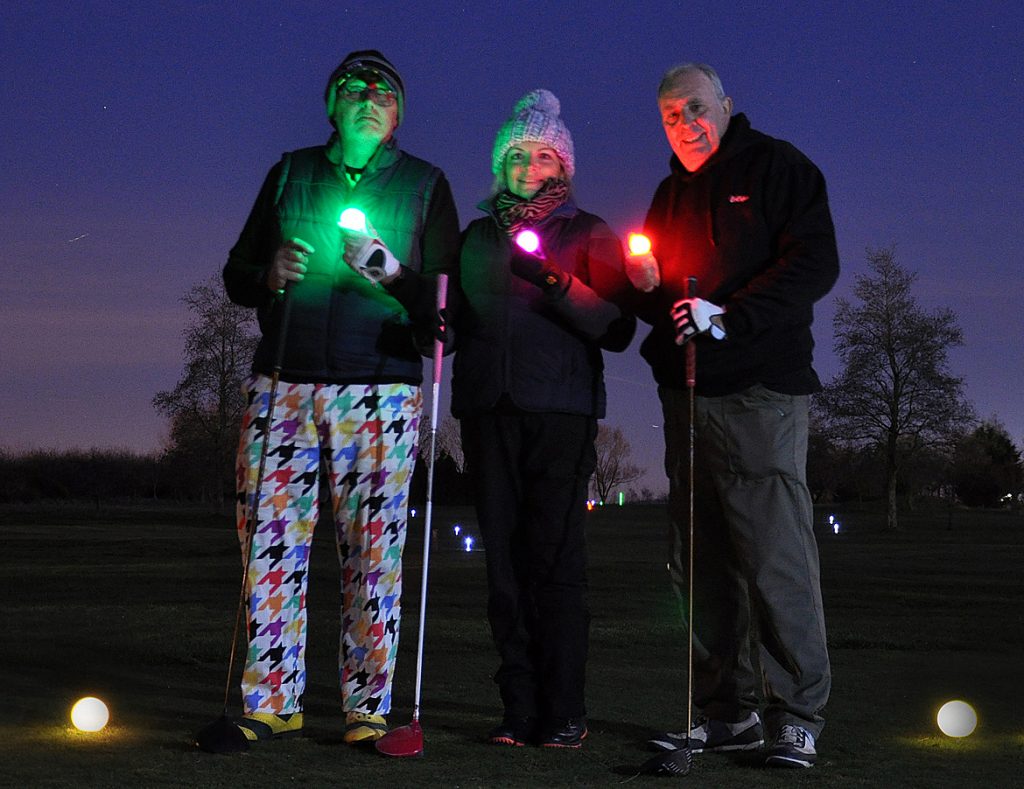 Golfers keen to hide their faces when they mishit a shot can now do so at Parley Golf Centre – by playing at night.

It is one of the very few clubs in the country that has invested in LED equipment to illuminate the balls, fairways, greens and flags.

It is running six-hole competitions on Saturday and Thursday evenings until the end of February, with more dates to be added – and they are open to all.

Organised by Parley Court Golf Club, the competitions are meant as a bit of fun and a way of getting more golf in before winter turns to spring.

The balls have coloured LED lights inside them, which also makes them easier to find when they end up in the rough.

The fairways are illuminated like the runways at the neighbouring Bournemouth Airport, and the greens and flags also have bright lights on.

Dan Murphy, vice-captain of Parley Court Golf Club, said: “We’ve tried this before but the lights and equipment weren’t as good.

“The new LED balls are like hitting a normal golf ball, which makes them unlike any other LED ball on the market.

“They can be switched on and off via a torch so there’s no rush to find your ball before the light goes out.

“These ones are brilliant – literally – and we’re one of the only places in the country to have them.”

To book in contact the club on 01202 591600 or email vice-captain Dan Murphy on vicecaptain@parleycourtgolfclub.co.uk