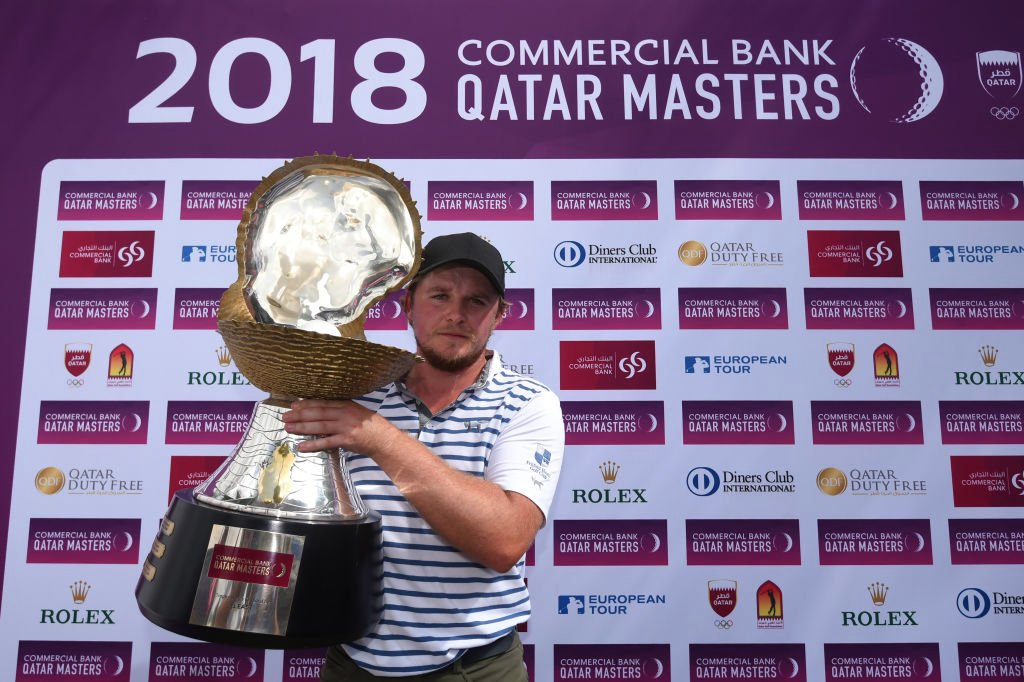 Frilford Heath’s Eddie Pepperell, who has soared up the world ranking rankings from outside the top 500 to No. 36 in less than two years , makes his WGC-Dell Technologies World Match Play Champinship debut at Austin Country Club today.

OXFORDSHIRE’S Eddie Pepperell will take his mindset back to his amateur days when he makes his debut in the WGC-Dell Technologies World Match Play Championship at Austin Country Club, in Texas, this week.

The Abingdon ace, who takes on big hitting American Gary Woodlands, at 5pm GMT, on Wednesday, will be full of confidence after a top five at The Players Championship two weeks ago.

Pepperell will then face Hampshire’s Justin Rose – his playing partner in the final round of the recent Players championship where he finished tied for third – 24 hours later.

His final group stage opponent will be Argentinian Emiliano Grillo, on Friday, for a place in the last 16 where the group winner could face defending champion Bubba Watson, or former Masters Champion Jordan Spieth, on Saturday.

The 28-year-old, who will make his Masters debut at Augusta in two weeks, said: “Matchplay is very different. I’ve haven’t played matchplay for a decade or so – since I was an amateur. Although Matt and I played in the GolfSixes last year.

“I had a good matchplay record as a kid. I love playing the man, as opposed to the course.

“I’ve not got any expectations or pressure on this event. I mean out here, all these guys are very good golfers, so I think you’re taking it all with a pinch of salt.

“Anything can happen on the day. You’ve just first of all got to make sure that you play well. But I’ve historically loved matchplay so it will be nice to – hopefully we can use some of those positive memories and get positive.

“I think that’s going to be the hardest thing for me this week,” added the former Great Britain and Ireland junior international, who has been resting since his exertions at Sawgrass.

“I don’t know how competitive I am. I think I’m competitive. But the position these guys are in, I don’t know. It can sometimes be hard to be positive because they’re golfing very lovely. But then again if you stand on the tee, there might be more positive juices flowing. It’s hard to say.

“I think I’m prepared for it. I don’t think too much about those things, so I like to just play golf and make sure I’m playing as good as I can.

Certainly, Pepperell, who claimed his second European Tour victory at Walton Heath – claiming the Skysports British Masters, in October – is benefitting from growing confidence levels following his latest display in the States.

Eddie said: “It was a bizarre week at The Players, I didn’t feel like I played very good. I was ready to go home pretty early in the week.

“And then before you know it, I found a good run here and there on a Sunday.

“One of those weeks I wouldn’t be able to say I expected or saw it coming, because I really didn’t.

“It was a lot of fun, that’s for sure. Playing with Justin on Sunday was great.”

Pepperell produced a string of birdies on the back nine to leapfrog the leaders thanks to a 30-foot snaking putt on Sawgrass’ infamous par three island green at the 17th, to become the clubhouse leader before Rory McIlory caught him.

Eddie added: “Obviously the 17th was a pretty magical moment for me. And I had a lot of people at home saying how much they enjoyed it.” 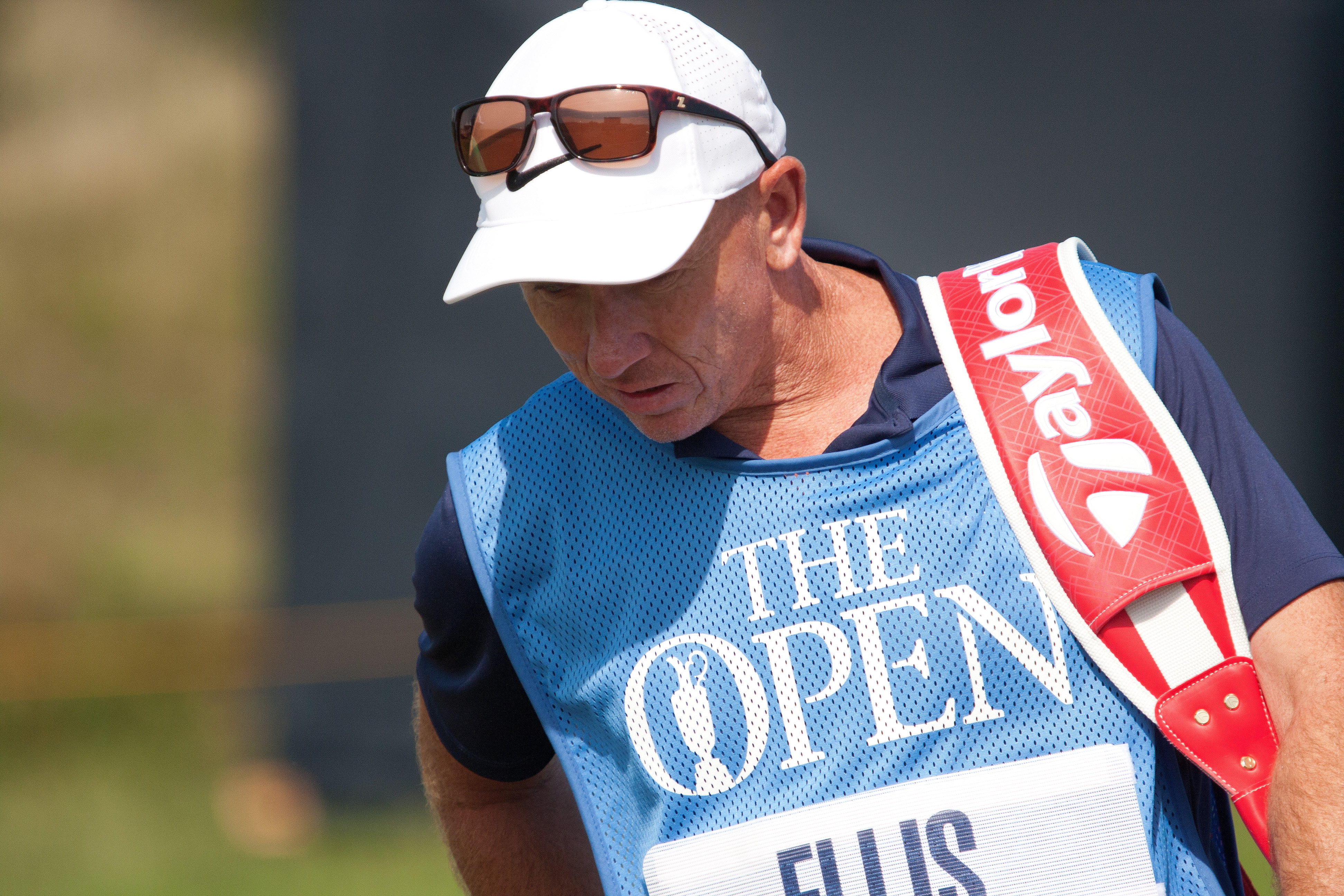 ABOVE: Experienced caddy Mick Doran (above) compared Eddie Pepperell to a younger Lee Westwood in his prime after the Frilford Heath ace finsihed third at The Players two weeks ago

Pepperell has formed a very good partnership over the last year with veteran caddy Mick Doran, who has worked with Lee Westwood when they won 16 tournaments together, having also caddied for Italian Constantino Rocca in the play-off at the 1995 Open at St Andrews, and for Justin Rose, Luke Donald and Camillo Villegas.

Doran was very impressed by Pepperell’s Players Championship performance – especially as it was his first look at a very fiddly Sawgrass, which tests players’ patience and course management to the full.

Mick told Golf South: “Eddie has something which a lot of golfers don’t – and that is when he is in a position near the top of a leaderboard he goes one way… forward.”

And Eddie also displayed a lot of grit having played poorly in practice but somehow found a way of scoring around the Pete Dye design where even the likes of Tiger Woods and Rory McIlroy have seriously struggled before finding a way to win around Sawgrass, at Ponte Vedra Beach, the home of the PGA Tour.

Mick added “The Players was something I haven’t seen before where I can honestly say, in my eyes, Eddie was really struggling with his swing.

“I have been very fortunate to work with many great golfers and Westwood in his prime reminds me of Eddie. Both very humble guys with something in them where they have another gear. It’s been a week now from The Players and we finished third.

“To a lot of people that means nothing. But I promise you that week was very special as sometimes it’s about the bigger picture.”

It will be interesting to see how Eddie fares in his WGC debut – there will be more appearances for sure given his world ranking now which sees him in 36th – the seventh highest ranked Englishman – behind Rose (2nd), Paul Casey (11th), Tommy Fleetwood (12th), Ian Poulter (32nd), Matt Wallace (35th), with former B.B.&O. team-mate Tyrrell Hatton in 37th place.