MacLaren disappointed to be overtaken in Jordan thriller 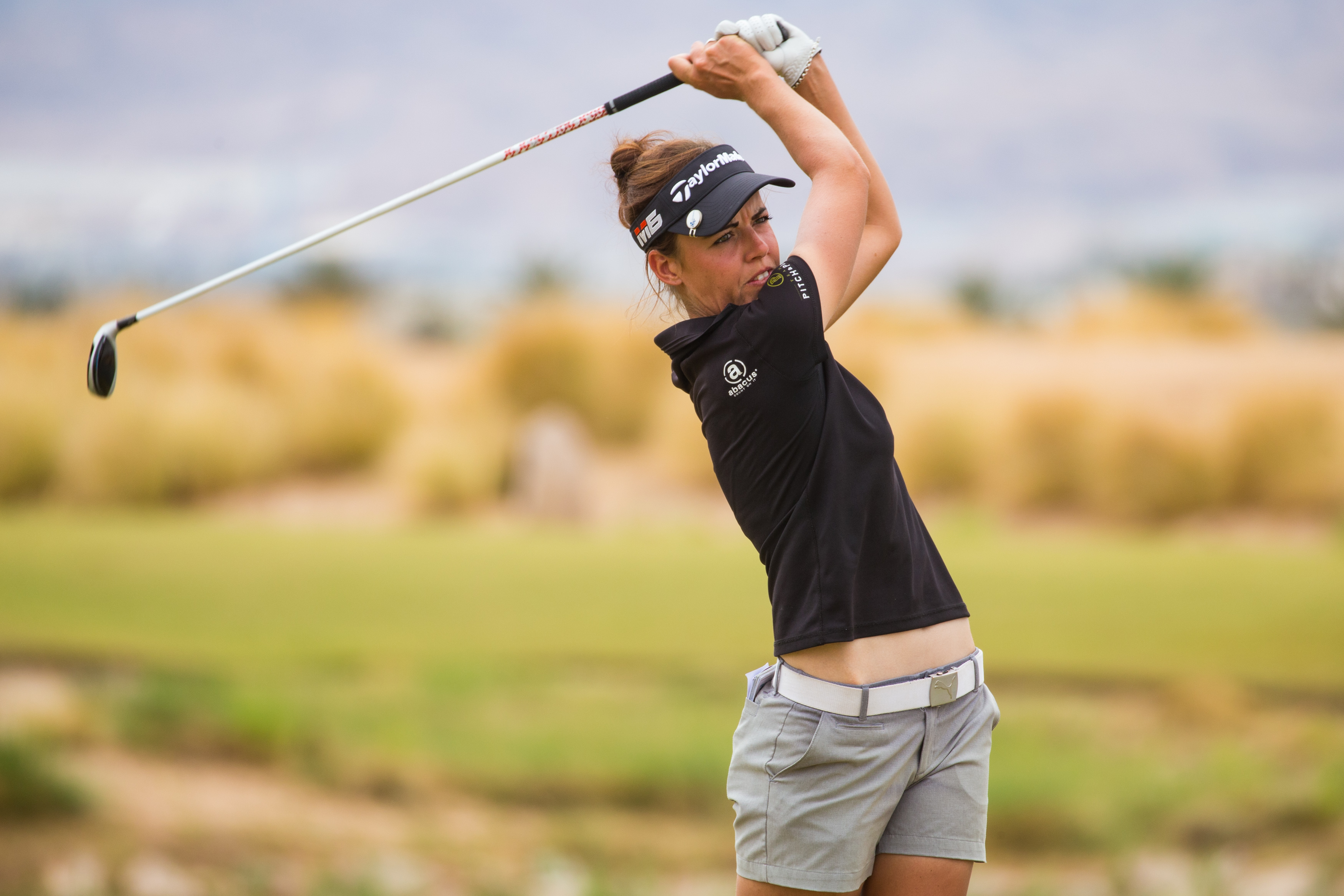 MEGHAN MacLaren could not produce her second win in a month – and more importantly this time against a field of men – as she lost out to Holland’s Daan Huizing in the ground-breaking Jordan Mixed Open, on Saturday.

Having been an outspoken critic of the disparities in prize money between men and women’s golf in the build-up to the event, the Wellingboro GC member was proud of her display as she missed out by a couple of shots.

Meghan, who led the unique 54-hole format tournament by two shots going into the last day, said: “I’m obviously pretty disappointed not to win this week, having been in such a good position.

“But it was still an honour to be here and represent women’s golf alongside two other great tours. It was pretty tight coming down the last few holes, so I think it was great entertainment for everybody watching.

“It was a great concept but none of us really knew how it would pan out. The way the scores panned out throughout the week showed that it absolutely can work with the right thought process and course set-up if people do the research.

“Female golfers have done ourselves proud this week and it’s been a great environment to be in with all three tours. It’s been an honour to be here and it was a great concept and one that I hope can catch on in the future.

“The research that went into it played out with the scores because it was pretty comparable across the three tours, so I’d like to see it happen more often. I think they did a great job considering that it was the first time that something has been done like this – and I think that’s a great sign for the future.”

“In some ways, it felt like just another tournament, trying to get the best score possible at the end of the week. It’s definitely interesting to have different golfers alongside us.

“It’s not so much frustration as disappointment. It hurts, but that’s golf sometimes. Golf happened. I missed a couple of putts, which doesn’t help and hit a couple of bad shots at bad times.

“You can’t afford to do things like that. It can change so quickly and everyone who plays golf knows that.

“It hurts to not win, but I know, when I get home and think about it, I’ll be proud of what I’ve done this week and I hope that I’ve represented the LET and women’s golf in general as well as possible.

“It deserves a bit of a spotlight and if this kicks things up a bit, then I’m proud of what’s happened.”

Tournament director Simon Higginbottom believes the experiment of having a third of the field from the LET, the European Challenge Tour and the Staysure Seniors Tour, playing off different tees to match up their games, had been a total success.

He said: “When something has never been done before it is difficult to know how it will play out. Before the tournament began, we had the ability to analyse average stroke distances for all categories of players.

“But matching that to the course architecture and set up on this course, this week, to create the fairest possible playing field for all competitors, was our main challenge.

“We had incredible support from all of the players in the field, who allowed us to collect invaluable data from this week, which we can scrutinise in future weeks to get an even clearer picture of how this can be done again.”

The chairman of Ayla Golf Club, Khaled Masri, was also a happy man after the ground-breaking tournament.

He said: “We are really pleased with the great success the Jordan Mixed Open by Ayla has achieved.

“This first-of-its-kind international golf tournament has attracted many golf enthusiasts from around the globe, effectively placing Jordan on the map of major golf events internationally.

“We hope to maintain this growing trend and will continue to welcome new global and regional championships to our world-class golf course.” 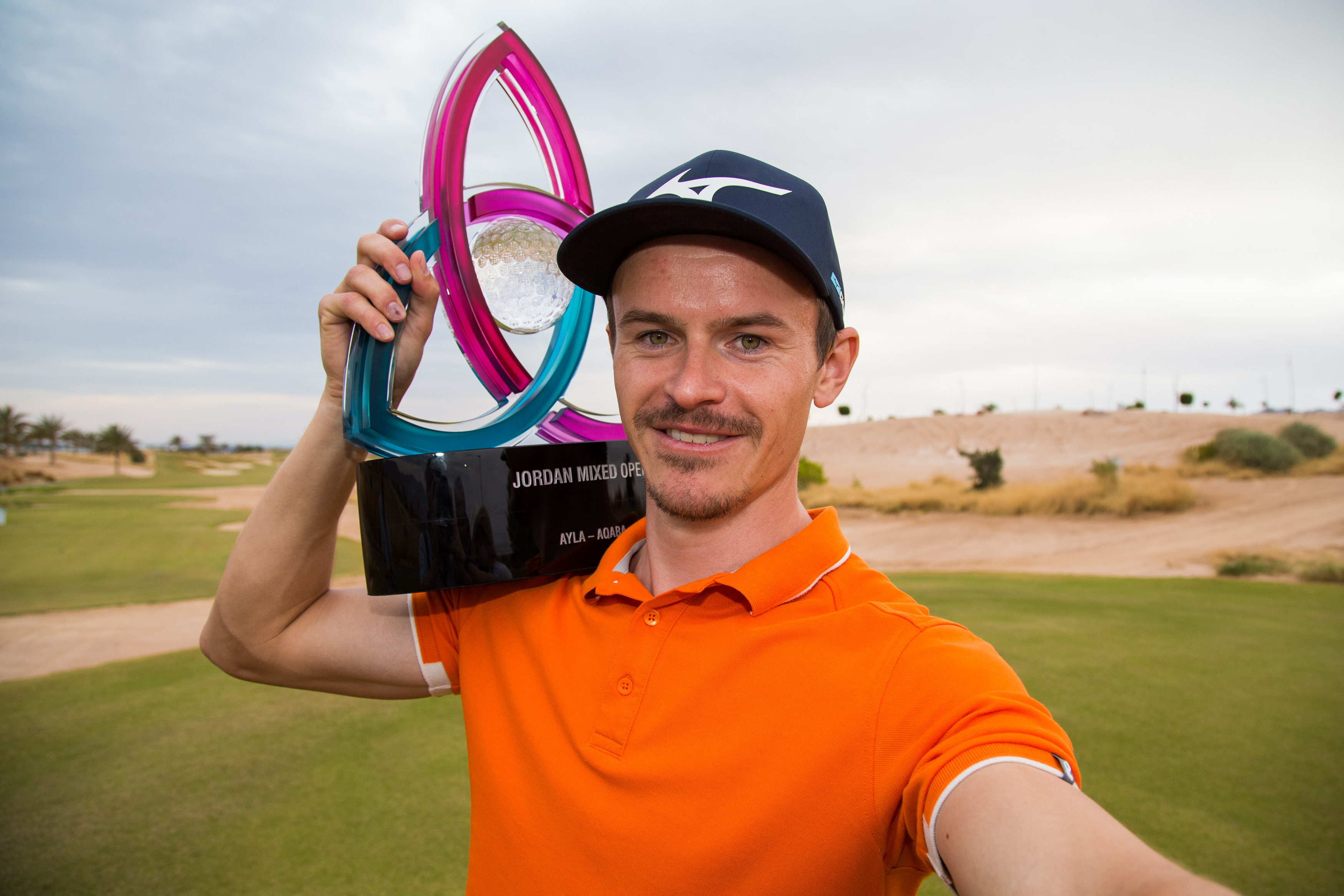