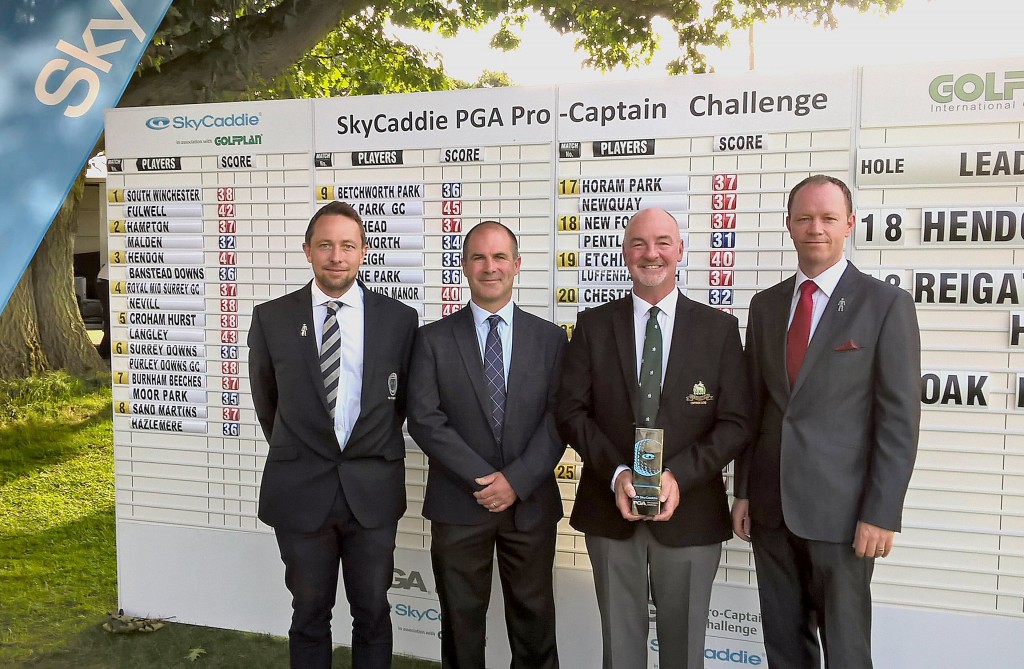 A limited number of SkyCaddie SX500s were handed out to competitors at the start of play, and it was an early opportunity for UK pros and amateurs to try the new device under the pressure of tournament conditions.

“Having the day’s pin positions on a GPS device is massive. Because of that I didn’t pull out my laser once, and my partner and I nearly won the event relying solely on the SkyCaddie” said third-placed PGA professional Gavin Grenville-Wood from Oak Park Golf Club. “The SX500 was awesome, really quick and easy to use, and the information it gives you is brilliant. It was my first time using a dedicated golf GPS handset, but I would now ditch my laser in a heartbeat.”

He continued: “There’s so much you can’t see with the naked eye on a golf course, and that’s where the SX500 comes into its own. We hadn’t played Royal Mid Surrey before, but I trusted the yardages as I know how carefully SkyCaddie map golf courses, and we quickly got comfortable moving the cursor around to create our own landing positions.” 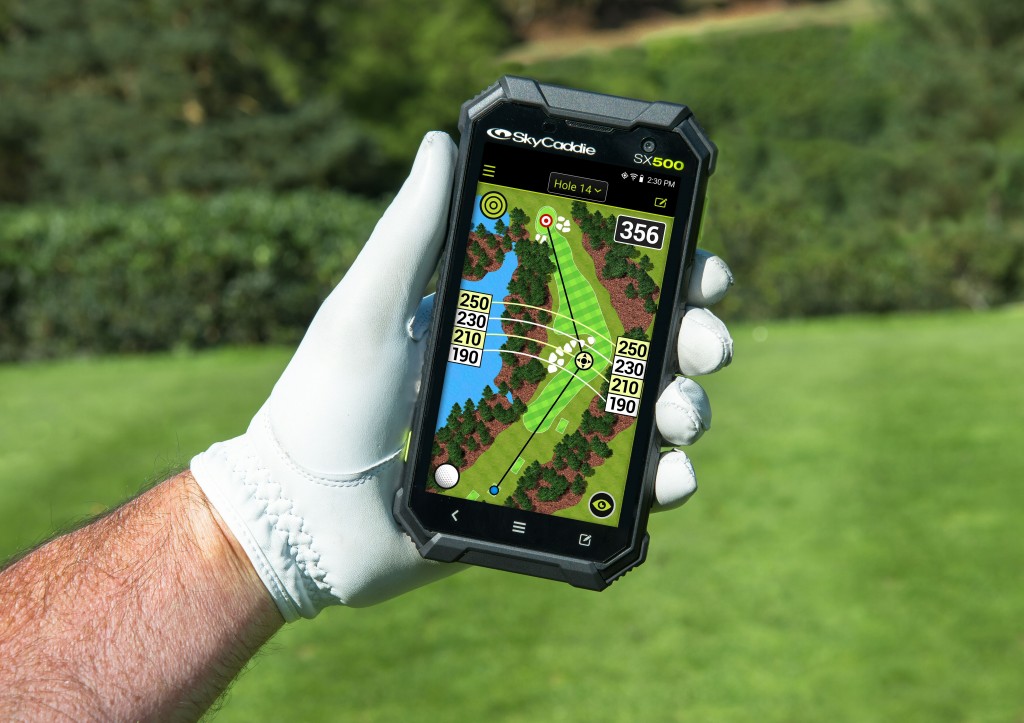 The event was won by the team from Hendon Golf Club: the club’s PGA professional Matt Deal and Club Captain Lawrie Nicoll also used the SX500 throughout their round, to guide them through a golf course which neither had played before.

“The SX500 definitely helped us to understand where to place the ball, and avoid the hazards” said Deal, who with Nicoll has now qualified for this year’s SkyCaddie PGA Pro-Captain Challenge in association with Golfplan Final, to be held at Arabella Golf Mallorca on the 6th – 7th November this year.

Former Middlesex County Coach Deal was impressed with the SkyCaddie SX500’s ability to give him yardages to the day’s pin positions, using its PinPoint feature. “It was the first time I had used a GPS where the day’s pin positions had been pre-loaded, which was useful” he said. “The new SX500 is a nice unit, intuitive to use, very good touch screen, and if you use a smart phone you’ll find it easy. Lasers are no use for blind shots, and nor is it easy to laser a cluster of faraway bunkers, so the SX500 gave us a real extra benefit on the day.”

Deal’s amateur partner ‘Mr Captain’ Lawrie Nicoll said: “I hadn’t used a GPS before, so I wasn’t sure if it would be for me. But from hole one, it was so easy. The SX500 talks the language of golf, and answers the questions you were about to ask. It is visually very clear, and works intuitively – unlike a lot of other computer technology.”

The 15-handicapper is a regular laser user, but had this to say about the SX500’s PinPoint feature. “We had the day’s pins pre-loaded onto the SkyCaddie, which enabled me to hit with confidence in my yardage. But rather than just focusing on the pin, which you tend to do with a laser, the SX500 also gave us lots of peripheral info about the hole ahead, and we used it on every hole to pick our way around the golf course.

“On my approach shots Matt occasionally asked me to play safe and not to go for the pin, if it was a tight one, and at those times we simply toggled the SkyCaddie’s cursor to get a yardage to a different landing point on the green. I am sure that the SX500 was a factor in our victory.”

SkyCaddie, the headline sponsors of this year’s Pro-Captain Challenge, was represented at the event by James Holmes, General Manager UK & Europe. “The SX500 passed this test with flying colours” he said. “Everyone who used it came back to us with a ringing endorsement, and we heard the same things time and again – it is very easy to use, the information the SX500 gives you is a clear shot-saver, and the addition of pre-loaded pin positions adds a new dimension to golf GPS devices.”

The SkyCaddie SX500 will be widely available in the UK from late September. Place your pre-order with your PGA professional now.

See www.skycaddie.co.uk for all SX500 information.