Lowry’s Not Quite Perfect 10

Lowry’s Not Quite Perfect 10 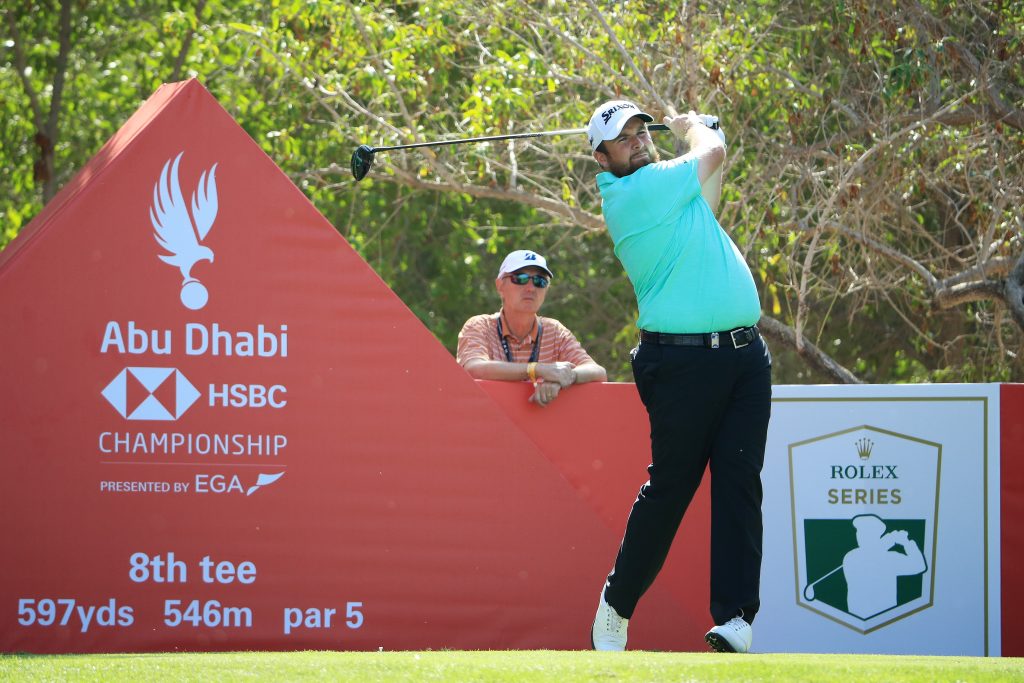 Shane Lowry became the first player since 1999 to score 10-under par having only hit fewer than five fairways during the first round of the Abu Dhabi HSBC Championship. Picture by GETTY IMAGES

SHANE Lowry will take a three-shot lead into the second round of the Abu Dhabi HSBC Championship after equalling the course record with a sparkling 62 on Wednesday.

The Irishman became the first man to match Henrik Stenson’s 13-year-old record after firing 10 birdies and no bogeys at Abu Dhabi GC early on day one.

Lowry enjoyed a long break over the Christmas period having not played competitively since the ISPS Handa Melbourne World Cup of Golf, in November.

And the 31-year-old looked refreshed at the first Rolex Series event of the 2019 Race to Dubai season, matching his career best round from the 2009 Irish Open, which he won while still an amateur.

Lowry said: “Golf just a funny game, isn’t it. Obviously quite a lot of time off since the World Cup but put in a decent bit of work the last two weeks over here in Dubai and just gone out with not much expectation but knew I was playing okay, and everything clicked.

“I didn’t hit as many fairways as I would have liked, but I was hitting everything close and managed to hole a couple of putts, as well.

“It was one of those days where it just felt comfortable. Even standing there on the last hole, sometimes you can get a little bit anxious or nervous in situations like that, but I just felt great.

“I’m obviously over the moon. It equals the best score I’ve ever shot. I knew that, as well, and I said it to my caddie coming down the last.

“A birdie here would be the best score I’ve ever shot, which obviously he said, then why don’t you just go for it.

“I left the putt short, but I felt like I hit a decent putt, it was just a bit more into the grain than I felt, and yeah, obviously I’m very chuffed.”

And since 1999 in more than 300,000 rounds of golf, no player had managed to shoot 10-under par after hitting less than five fairways in their round.

Louis Oosthuizen, Richard Sterne and Mike Lorenzo-Vera were in a tie for second after making the most of favourable scoring conditions in the morning, while afternoon starter Pablo Larrazábal – the winner in 2014 – was alongside them on seven-under par after carding a stunning eagle, six birdies and one bogey in his first round.

Oosthuizen said: “A good start to the season is always nice for the rest of the year, you can sort of build on that.

“So if I can put three more good rounds together and then see if I can have a good finish this week.”

Koepka, the winner of the last two majors of 2018, said, “I felt like I played well, struck it well, made those kind of key par putts coming down on the back nine.

“The actual front nine wasn’t the best – it was a little sloppy. But I’ll just clean it up for tomorrow.

“It was perfect. The wind is barely blowing, perfect weather. The golf course is in great shape.

“These fairways are quite tight. You hit it in the rough and who knows what’s going to happen.

“The rough is getting a little juicy, especially in the morning when it’s a little wet.”

Meanwhile, Frenchman Raphaël Jacquelin joined an exclusive club when he became the 12th man to reach the impressive milestone of 600 European Tour events.

The 44-year-old turned professional in 1995 and has so far claimed four European Tour titles, as well as winning twice on the Challenge Tour.

Shane Lowry became the first player since 1999 to score 10-under par having only hit five fairways during the first round of the Abu Dhabi HSBC Championship. Picture by GETTY IMAGES