By on in Break News, News 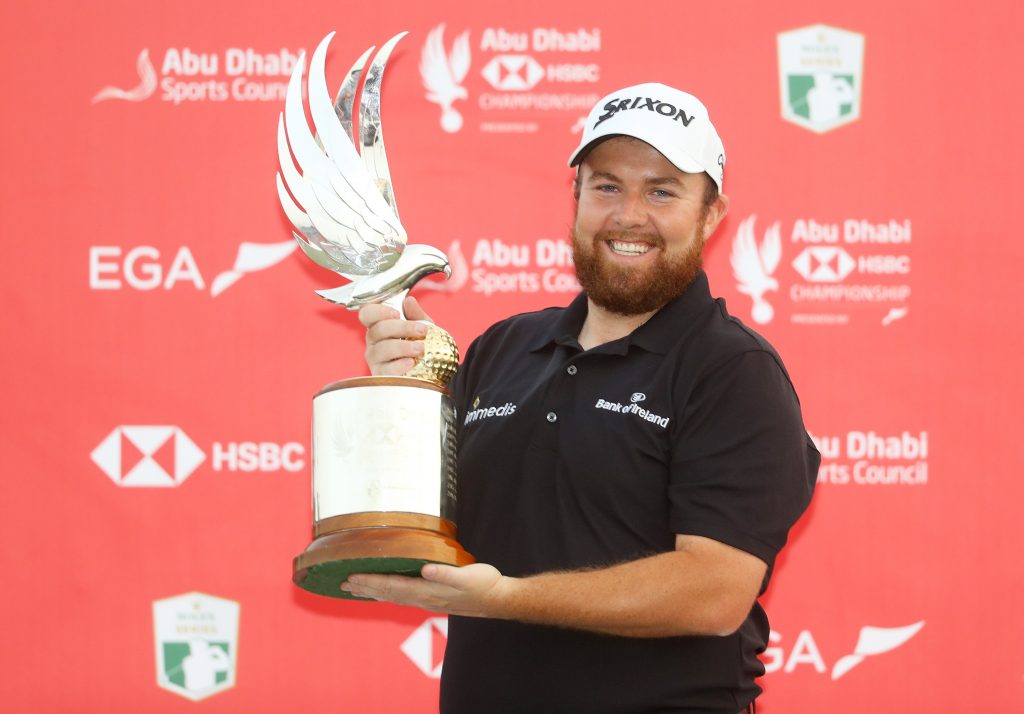 SHANE Lowry claimed the Abu Dhabi HSBC Championship with a wonderful wire-to-wire after coming out on top in a trilling final-round battle with South Africa’s Richard Sterne.

The Irishman, who now leads Rolex’s Race to Dubai Ranking, closed his final-round 71 with a crucial birdie to win by a single shot and secure his fourth European Tour title – and first Rolex Series title

But the 31-year-old, who claimed 2009 Irish Open while still an amateur, did not have it all his own way in Saturday’s final round.

Lowry entered the day with a commanding three-shot lead but found himself four strokes behind Sterne after carding four bogeys and two birdies in his first 11 holes.

He rallied, though, firing back-to-back birdies at the 12th and 13th and after Sterne dropped a couple of shots coming down the stretch, Lowry made another gain at the 18th to get to 18-under and clinch his first trophy since the 2015 WGC-Bridgestone Invitational.

Dutchman Joost Luiten was alone in third on 15-under after producing two eagles in his final-round 65, with 2010 Open winner Louis Oosthuizen a further shot back.

A delighted Lowry said: “It was an emotional roller coaster. I obviously went out with the lead by a few – and before I knew it I was four behind.

“I was brave out there today. I ground it out well and I’m over the moon. I’m so excited with this win.

“I can’t really tell you how good it feels to be standing here.

“It’s nice to have a star beside my name and to win a Rolex Series event.

“We are very lucky to be able to play Rolex events on The European Tour. They have done a great job putting these events together, and I’m just over the moon to have one of them.

“I’m just so grateful that I’ve won this and I’m so happy, and I’m going to really enjoy it because you just don’t know when it’s going to happen again.”

Sterne, who won six times before 2004 and 2013 but has been hampered by back problems, said: “I’m just glad that I gave a good performance this week with a strong field.

“It’s been a while since I’ve had a decent tournament, so I’m pretty happy with the way I performed.

Luiten, who missed five months of last season because of injury before claiming his sixth Tour win in Oman nearly a year ago, said: “I’m just happy with the way I’m playing. I feel happy on the golf course and that’s a good thing.

“If I keep giving myself birdie chances, I’ll make a couple.”