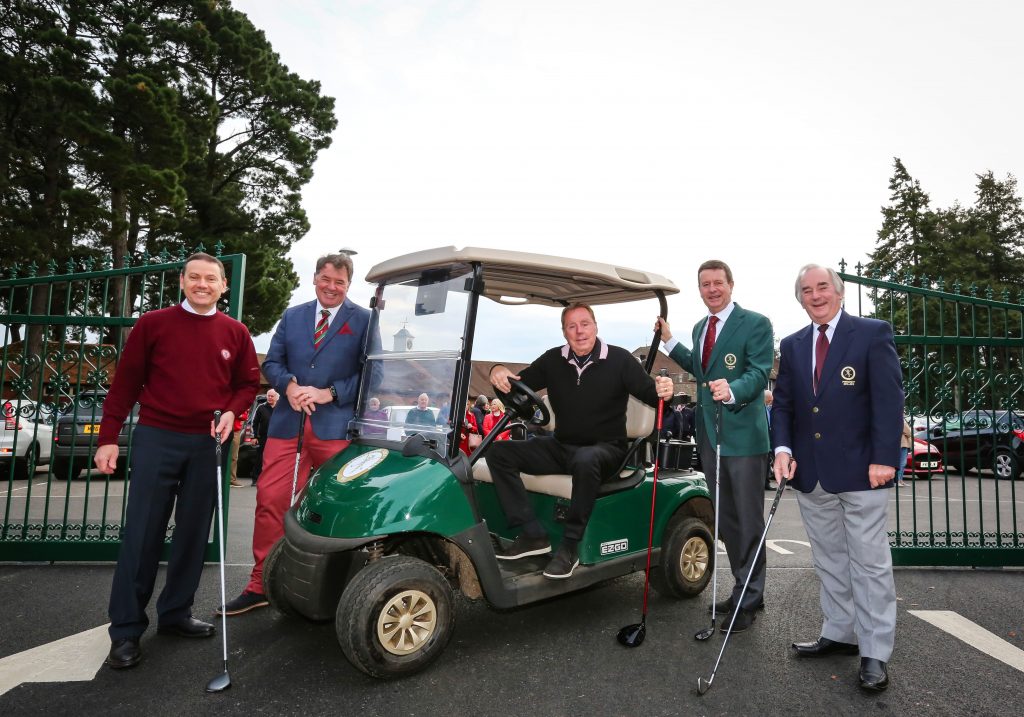 ‘King of the Jungle’ Harry Redknapp swung into action to officially open new entry gates at one of Dorset’s top golf clubs.

The former soccer manager, who won the hearts – and votes – of millions in the hit ITV programme ‘I’m a Celebrity’ took to the wheel of a buggy at Ferndown Golf Club.

The club’s new entrance was funded anonymously by two club members and is part of a five year improvement programme costing more than £500,000.

Harry, who became a member of the club last year, described the new entrance as “terrific”.

He added: “Nice people, good atmosphere, iconic golf course and now an impressive new entrance. What more could you ask?”

Future projects at Ferndown Golf Club, which has over 800 members, include a new car park, covered driving range and ongoing improvements to the course and club house.

Matt Fleming, Club Captain, said: “The new entrance is a clear statement of our future ambitions for Ferndown.

“We already consider ourselves to be one of the top golf clubs in Dorset but, through a programme of planned improvements, our intent is to become one of the leading clubs in the country.

“It’s a tough time for golf clubs and, ultimately, only the best will survive. We’re determined that Ferndown will be one of those clubs.” 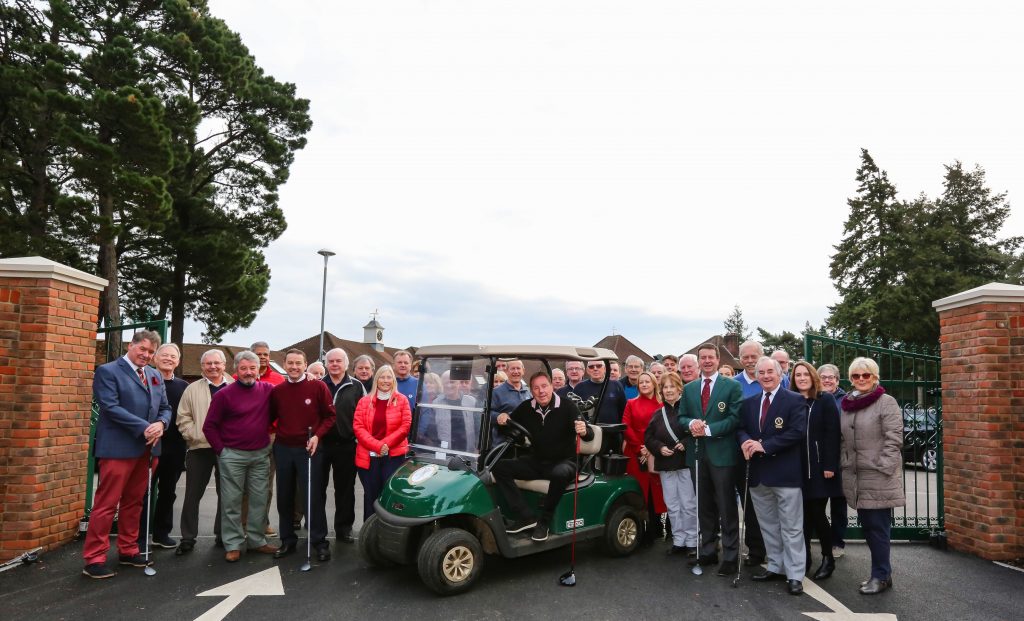 Opening up: ‘King of the Jungle Harry Redknapp officially opens the new entrance at Ferndown Golf Club in Dorset watched by officials and members.

Founded in 1913, Ferndown Golf Club is a 27-hole heathland golf course, ranked in the top three per cent of the world’s courses by Rolex.

It is also placed at 88 in Golf Monthly’s UK and Ireland Top 100 courses for 2019/20 while Golf World ranks Ferndown as one of the top 36 courses in England.

The club has a long and proud association with the Alliss family, including the ‘voice of golf’ Peter Allliss who has described Ferndown as his favourite course.

Prestigious tournaments hosted at the club include the Hennessy Cognac Club, featuring leading players from the European Tour; the European Ladies’ Championship and the Women’s British Open.

Current British Women’s Open champion Georgia Hall joined the club as a nine-year-old when she was a 36-handicap.

By the age of ten she got down to a 10 handicap and then set the course record of a five-under, 67 when she was 11. The record still stands today.