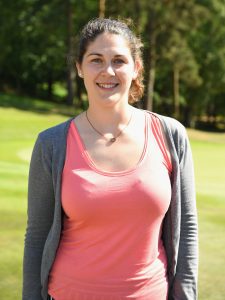 In a trailblazing event, Wentworth based PGA Professional Sian James has claimed the first Burhill Ladies PGA Pro-Am title, notching up a 6-under-par round to collect the winner’s cheque of £600*.

With another win at Kedleston Park in the WPGA One Day Series back in July, a delighted James said: “After a couple of years off following a wrist injury, it’s nice to be playing again although with a lot less expectation. It was also my first time around Burhill’s Old Course, which was in great condition.”

James added: “The greens were fast but holding which really suited my game and I putted well. I had a great team of ladies and we all had a terrific day’s golf, thanks to the initiative of Burhill and The PGA in England (South).”

In a field that saw 27 lady PGA Professionals, each with a team of three lady amateurs, competing in this so far unique Pro-Am, James’s stunning performance put her four in front of her nearest rival, Shannon Flynn Hanly (Robert Rock Academy) on 38 points, with Heather MacRae in third spot on 37.

In a shotgun start James teed off at the 18th, opened with a birdie and then eagled the first. Three holes later she holed a greenside chip to eagle the par four fourth as well, and then deuced the sixth to be six-under after seven.

Things didn’t go quite as smoothly over the next few holes with a couple of bogeys, but these were repaired with two birdies on the trot at the 14th and 15th. A third eagle at the 15th was undone by two more bogeys on the 16th and 17th, but by then it didn’t matter – James still finished on a scorching six-under-par, four shots in front of the field.

Piltdown’s Maria Tulley and her 4midable ladies won the team event, edging out Flynn Hanly’s 3 Nations team by one stroke.