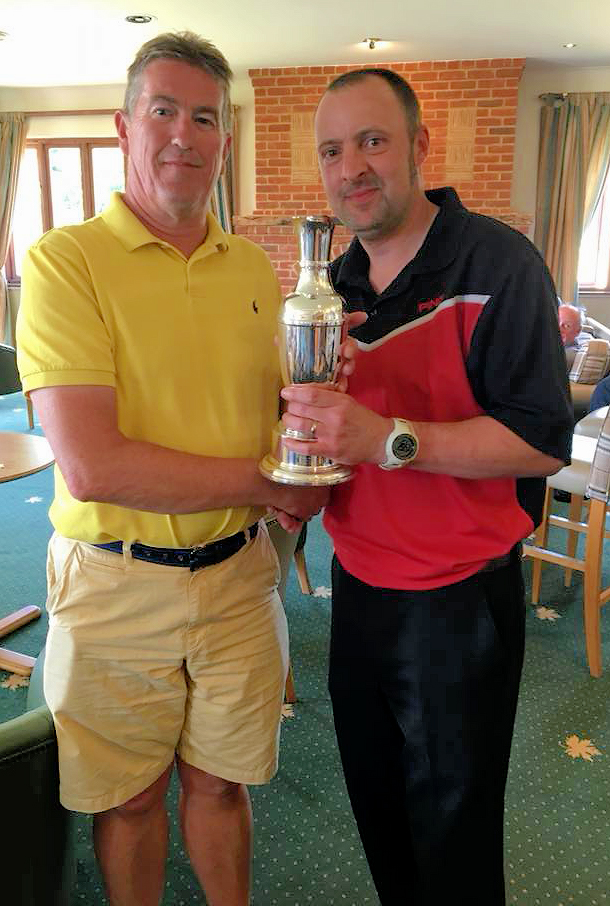 Iremonger (14hcp) scorched around the course on the second day in 40 points  (23 points on the back nine, including a nil return!).

Niall Ward (21hcp) led after day one with a splendid 36 points, alongside David Cuthbertson and David Jubb. However, Ward faded on the Sunday and could only amass 20 points to finish tied for 27th position.

Smith’s 37 points on day 2 included 1o pars and flour birdies while Holmes had a nil return on his last hole – his second on the back nine on Sunday.

Twos were recorded by Paul Lobban (8th hole) on Saturday and by Thomas Bale and David Cuthbertson (8th hole) and Duncan Mee (17th hole) on the Sunday. 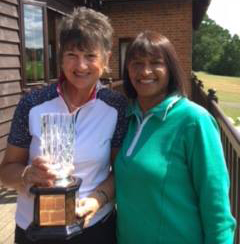 Joyce Collins (27hcp) claimed the J&P Ladies Vase on countback from Caroline Reeves (36 hcp) and Caroline Dover (26hcp), all on 32 points. Dover will be kicking herself after recording two nil returns in her last four holes. 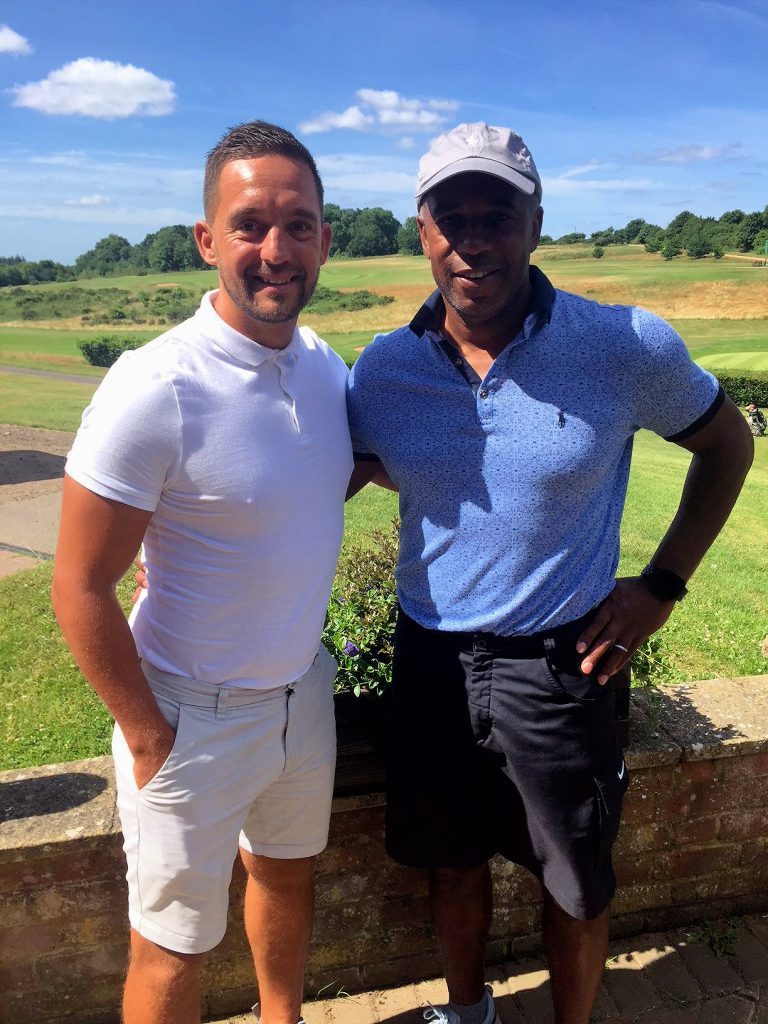 Ryan Williams and Michael Gilkes before their recent round of golf at Caversham Heath. 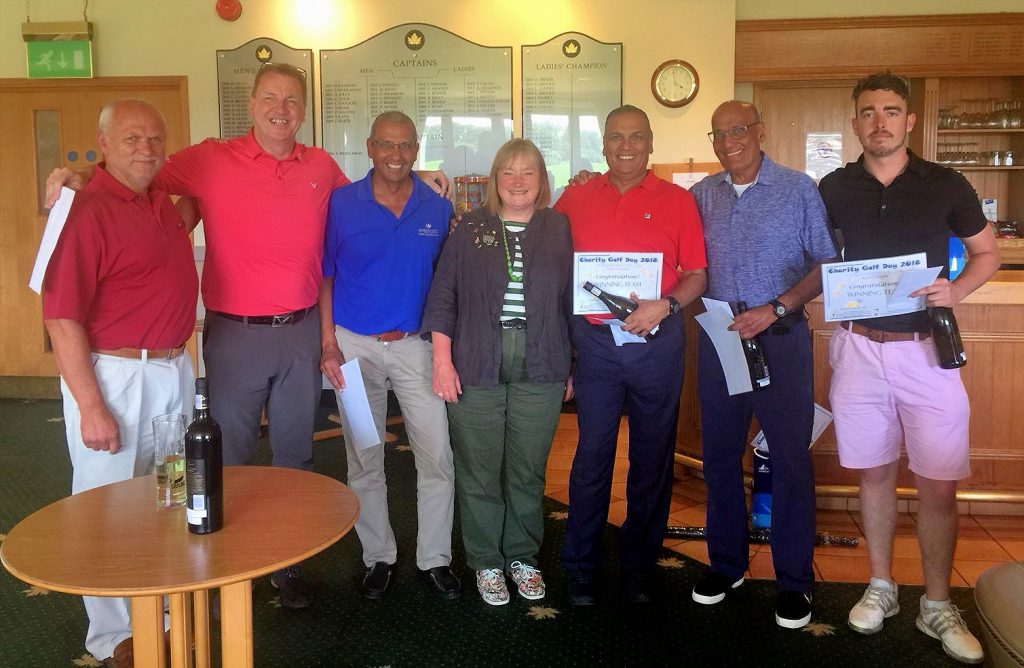 The winning team at the Ways and Means Trust Charity Day at Caversham Heath Golf Club – Sunil Shah, Mon Shah, Madhu Shah and Barney Wytchard pictured with the organisers of the competition, Steve Woolaway, Francis Woolaway and Gary Pugh.  The individual winner was John Parnell with 37 points.  Parnell also won the nearest the pin competition and Neil Green recorded the longest drive.  The day raised more than £3,000 for the charity. 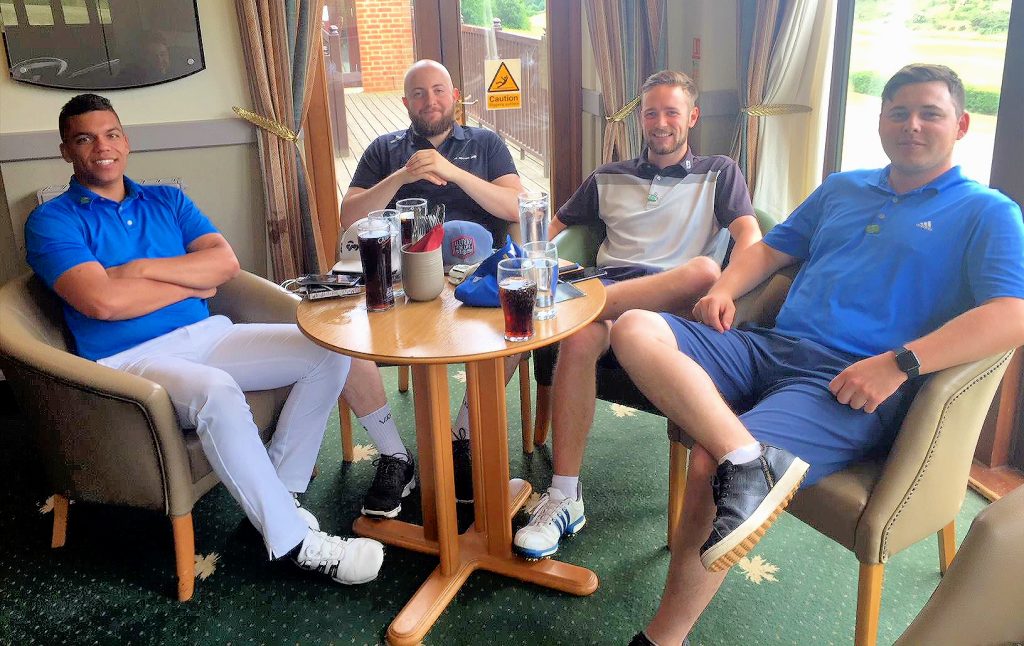 An intrepid fourball, George Hindmarsh, James Murphy, John Reed and John Anderson, known as “The Foreshank Redemption” recently completed a 72-hole marathon in one day at Caversham Heath to raise money for Macmillan Cancer Support. The four are seen here taking a break before starting the third of their four rounds of golf.