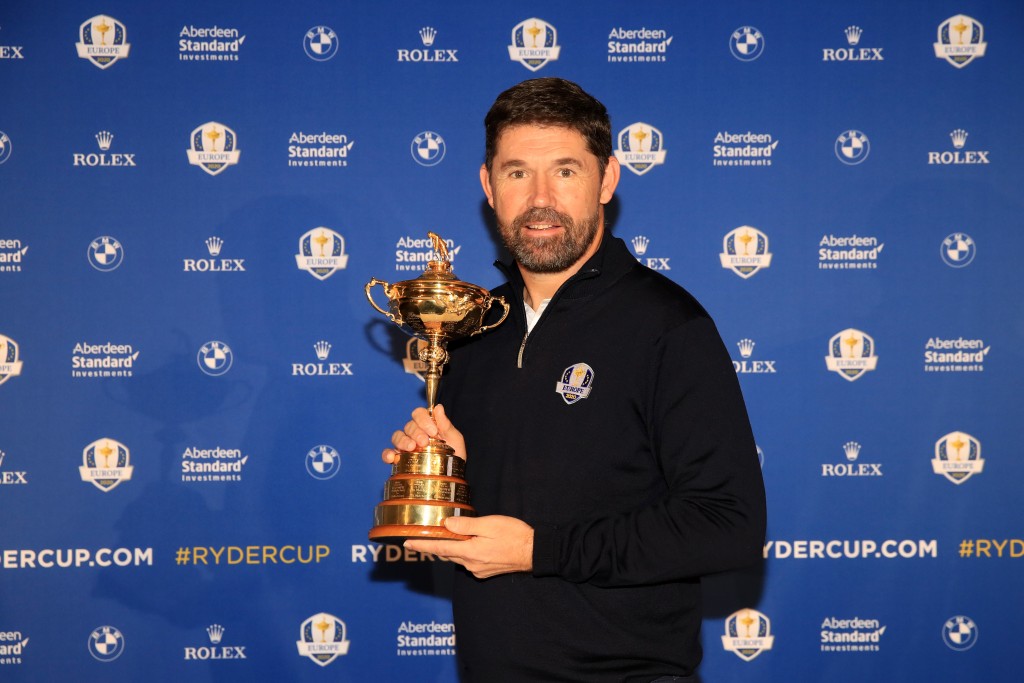 Ireland’s Padraig Harrington will become the third European Tour winner from the Emerald Isle to captain Europe against America at Whistling Straits, in 2020 Picture by GETTY IMAGES

PADRAIG Harrington has been named as the European Captain for The 2020 Ryder Cup at Whistling Straits, in Wisconsin.

The three-time Major Champion represented Europe six times as a player –being on the winning side four times – while latterly he has brought his extensive experience to the role of vice-captain in the past three editions of the biennial contest.

The 47-year-old joins Paul McGinley (2014) and Darren Clarke (2016), as professionals from Ireland who have led Europe.

The new captain will be hoping to emulate the last European triumph on American soil – at Medinah in 2012 – as Europe defend the trophy won memorably at Le Golf National last September.

He was named as vice-captain for the first time by fellow Dubliner McGinley for the victory at Gleneagles in 2014, a role he returned to in 2016 at Hazeltine National under Darren Clarke, and again last September in France under Denmark’s Thomas Bjørn.

The former European No. 1 has collected 30 titles worldwide and famously secured his first Major in the 2007 Open Championship at Carnoustie, defeating Sergio Garcia in a play-off.

He successfully defended the Claret Jug at Royal Birkdale the following year and became the first European to win back-to-back Majors when he added the 2008 US PGA Championship at Oakland Hills a few weeks later.

Harrington said: “It is a tremendous honour to be named Ryder Cup Captain and I am relishing the next 20 months as we work towards Whistling Straits and Europe’s defence of the trophy.

“I have played under, and been involved with, many wonderful European captains since I made my debut in the contest 20 years ago and I would like to think that my captaincy will be a mix of all of them. I am very much looking forward to taking on this role.”

The Irishman claimed a total of 10½ points over his six Ryder Cup appearances, starting at Brookline 20 years ago, when he teamed up with Miguel Ángel Jiménez in the day one foursomes to halve with Davis Love III and Payne Stewart before claiming his maiden singles victory, defeating Mark O’Meara by one hole.

His first experience of a European victory came in the next edition at The Belfry in 2002 where he took two points from his four matches – partnering Colin Montgomerie to beat Phil Mickelson and David Toms in the fourballs and defeating Mark Calcavecchia 5 and 4 in the singles.

He was part of another stunning win by the same scoreline two years later, this time on home soil at The K Club, in County Kildare.

The next Ryder Cup takes place from September 25-27, in 2020, at Whistling Straits, where Germany’s Martin Kaymer won the 2010 PGA Championship after Dustin Johnson controversially incurred a two-shot penalty after grounding his club in a waste area that was ruled to be a hazard.

feature, in 2020 Picture by GETTY IMAGES, Ireland’s Padraig Harrington will become the third European Tour winner from the Emerald Isle to captain Europe against America at Whistling Straits