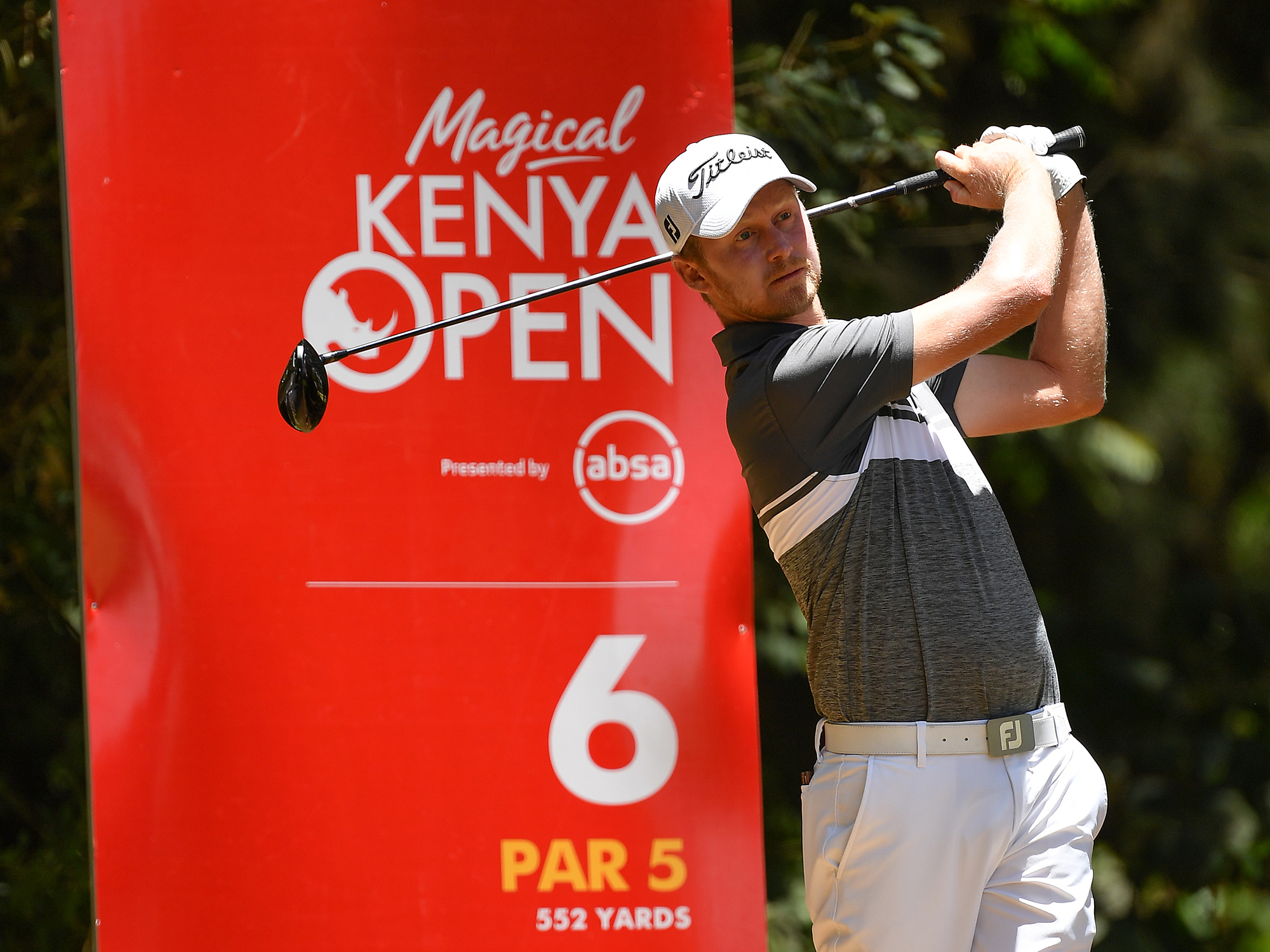 Commercial Bank Qatar Masters winner Justin Harding is looking for a second title in a row at the Magical Kenya Open. Picture by GETTY IMAGES

JUSTIN Harding is looking to win back-to-back titles on three different golf tours by claiming victory at the Magical Kenya Open this week.

The South African, who won on the European Tour for the first time at last week’s Qatar Masters, has triumphed on five occasions in the last ten months, with back-to-back victories coming on both the Sunshine Tour, and the Asian Tour, last summer.

Such a remarkable run has catapulted the 33-year-old, who has won 11 professional titles worldwide, from outside the top 500 in the world to World No. 52 over the course of 12 months, leaving Harding with a good chance of qualifying for next month’s Masters Tournament.

Harding said: “It would have been an unbelievable thought 12 months ago to think that I’d have a chance of qualifying for Augusta. I have to pinch myself now when I think about it. I still have to take it a week at a time though and see if we can maybe get there.

“I was here last year for the Karen Masters, a Sunshine Tour event, and it is a lovely little golf course which is old school and very strategic. You will probably find the guys are going to make a bunch of birdies, and I am looking forward to this week.

“I don’t know how it [winning back-to-back twice] worked out like that. I have been playing really consistent golf and have managed to put myself into position on several Sundays then managed to get it right.

“Hopefully we can put three rounds together again and then go out and make some birdies on Sunday to be in contention again.”

Also in the field this week is the triumphant 2018 Ryder Cup Captain Thomas Bjørn, who returns to Nairobi for the first time in 24 years since finishing as a runner-up in the 1995 edition of the long-running event  – which celebrates its 51st anniversary by hosting a European Tour tournament for the first time.

The captain of Europe’s record Ryder Cup winning team against America at Le Paris National in September said “I have really good memories of Kenya.

“It is very different coming back now as I’m a lot older, and a lot more has happened, but I have good memories from coming here in 1995 as a 24-year-old.

“I always felt like I wanted to come back, and now there was an opportunity for me to do so, so it’s great to be here. I am really looking forward to the week.

“As a Dane it is also really interesting coming here because of the name of Karen Country Club and it’s heritage and association with Karen Blixen.

“When I grew up in Denmark I went to see the Karen Blixen museum in Copenhagen, and there has always been a relationship between Danes and this place – which is quite interesting.

“It’s not something that a lot of people think about but for us when we come here we definitely feel a connection with the place.

“Kenya has so much to offer and although the main focus is playing in the golf tournament, I am trying to take in a bit more of what this place has to offer.”

Porteous said: “Coming back to the place where I had my first win as a professional means I have lots of sweet memories. I feel at home being back in Africa.

“There’s the same altitude, the same grass and hopefully we’ll have the same result this week.

“It was important for me to not only win as a professional, but to also win against some of Europe’s best on the Challenge Tour.

“I feel that I grew a lot as a player after that and it gave me the confidence to move on to the European Tour – I would credit that victory with helping me to become a multiple winner on the European Tour.”

Gagli will look to defend the title he lifted at neighbouring Muthaiga Golf Club 12 months ago, when the event was part of the European Challenge Tour’s International Schedule.

The Italian said: “It’s amazing to come back to Kenya. I have a lot of good memories from last year so I’m really excited to play here again.

“The prize giving was really fun last year, there was a lot of people and the president of Kenya, it was really special to be there.

“I love Kenya and Africa. The people are amazing here.”