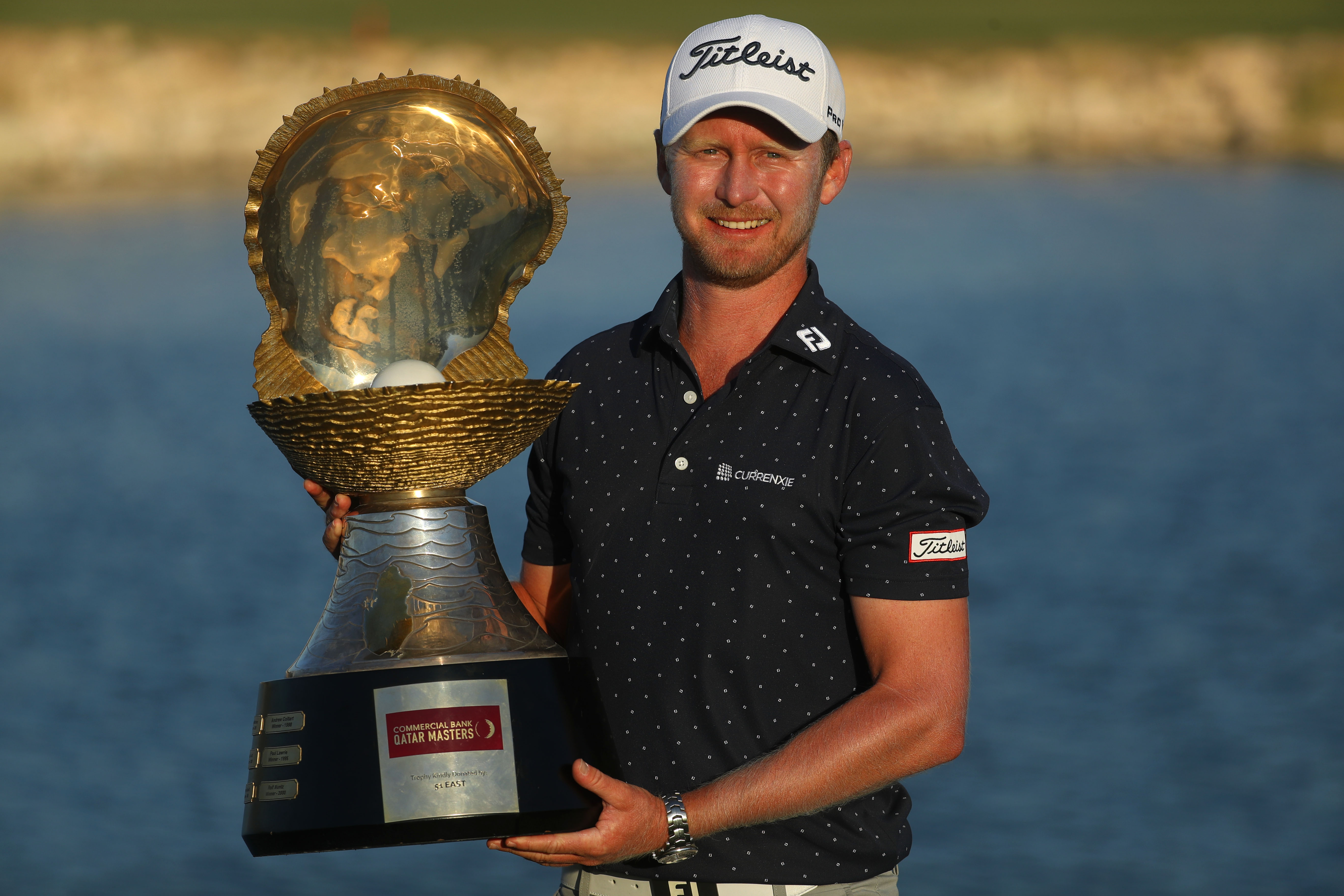 Justin Harding’s final round 66 was enough to give the South African victory in the Commercial Bank Qatar Masters, at Doha Golf Club. Picture by GETTY IMAGES

The 33-year-old was one of 15 golfers who started the day three strokes behind 54-hole leader Oliver Wilson at Doha Golf Club.

But he made a fast start to the day with three birdies on his first four holes.

Harding then dropped two strokes after bogeys on the sixth and seventh holes, losing ground on clubhouse leader Jinho Choi, who set the early target of 11-under par after a blistering eight-under round of 64.

The South African quickly made amends after the turn with birdies on the 10th and 12th holes as he moved back to 10-under.

He then birdied three of his last four holes, including consecutive gains on the 17th and 18th, to sign for a six-under 66 and a 13-under  total.

With 15 competitors still to finish their rounds, Harding faced an anxious wait of almost an hour – but none of them were able to match the South African as he finished ahead of a European Tour-record nine golfers who shared second place on 11-under.

A delighted Harding said: “It’s fantastic. It’s still sinking in. I didn’t quite think it was enough, I thought there might be a play-off but I’m happy to get over the line eventually.

“I’ve been knocking on the door a little recently. It’s rewarding seeing the hard graft and change in mindset – seeing what’s involved and what’s going on. I’m really happy.

“I had to stay patient. I got off to a good start, made a couple of birdies and lost my head around the turn.

“My caddie Alan said we’re still in it and to make a couple on the back. I managed to keep myself in it and made a couple.

“I birdied 17 and 18, which was huge. I didn’t think 13 was clear, I thought there would be a play-off with how scores were looking on the back nine, but I’m happy to get over the line.”