By on in Course News, England, News, South East, Surrey 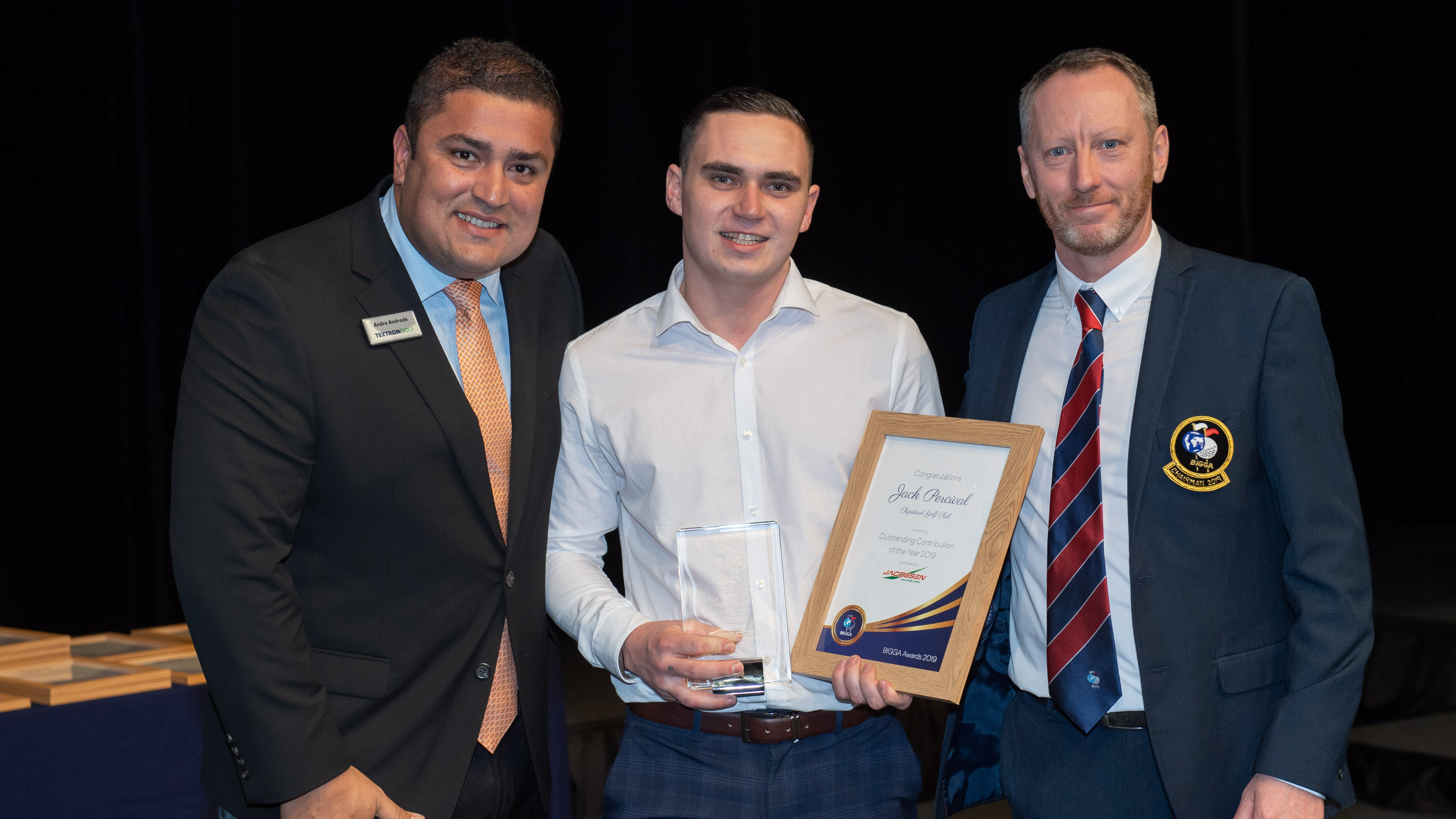 A GREENKEEPER at Chipstead Golf Club received a standing ovation in recognition of his selfless efforts in helping the homeless at the annual BIGGA Awards.

Surrey greenkeeper Jack Percival was awarded the Outstanding Contribution of the Year – sponsored by Jacobsen.

Chipstead deputy course manager Jack hosted an event in Croydon that provided food and warmth for the homeless, just two days before Christmas.

The 24-year-old, who was himself homeless for six months when he was 17, put out an appeal on social media for donations, with a huge number from within the golf industry and the wider world responding.

The project was a huge success, but is just one example of Jack’s incredible efforts to support the homeless and those less fortunate.

In the past, he made up sandwiches and soup every Christmas and travelled on the bus to Croydon to give out food to the homeless.

He also volunteers weekly with Croydon Nightwatch, which is where a member of staff encouraged him to seek support for the aid he provides at Christmas.

Since then, Jack received vanloads of sleeping bags, hygiene essentials and warm clothes, in addition to donations of food, raising national awareness of his campaign.

Jack said: “This is unbelievable, I didn’t think I could cry in front of hundreds of people, it was just brilliant.

“I didn’t do this for an award, I was homeless myself when I was 17 and I did six months on the street.

“I turned my life around, met my partner, and this is just the start for me.

“We did a big feed at Christmas and there was one guy who cried because he got a haircut.

“I saw a guy dance because he got new shoes and you can’t put a price on that.”

BIGGA chief executive Jim Croxton said: “When I heard Jack’s story I was absolutely blown away.

“Having heard what he went through during those six months when he lived on the street and then seeing how he has worked tirelessly in the years since to not only turn his life around but also provide opportunities for others less fortunate, is quite inspirational.

“I’m delighted we have been able to recognise Jack’s achievements in this small way. He is an incredible young man and I’m proud to call him a member of the association.”

The annual BIGGA Turf Management Exhibition at Harrogate, featured more than 159 exhibitors from all aspects of the turf management industry, with some 5,000 greenkeepers, golf club managers and trade members attending to network and share the latest education and innovation opportunities.