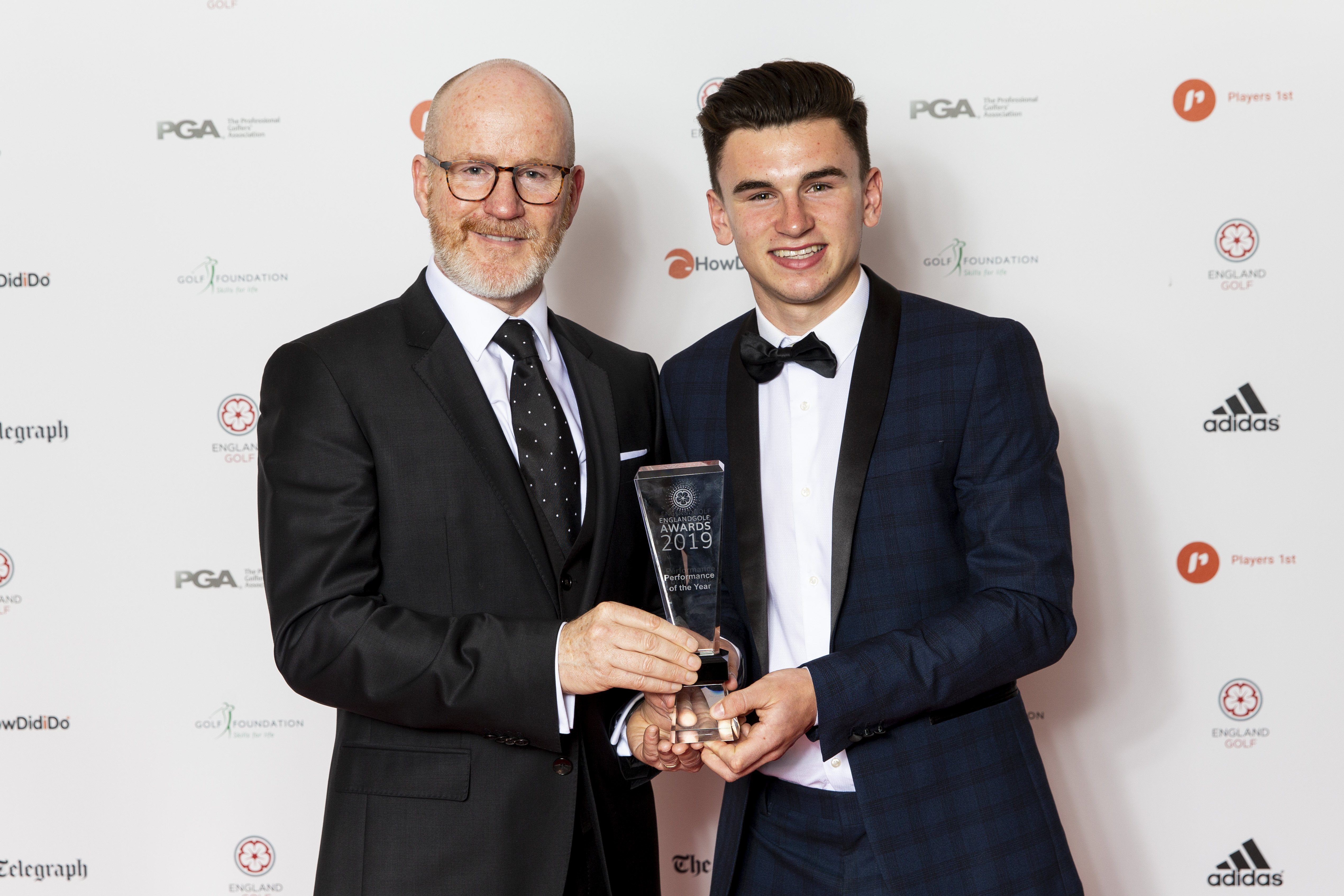 TEENAGER Conor Gough has won England Golf’s Performance of the Year Award after his stunning 2018 season – and was congratulated by Ryder Cup star Tommy Fleetwood.

The European Tour ace sent a specially recorded message to the 16-year-old, who won top British and English titles and is now ranked ninth in the amateur world.

“Congratulations on winning your award, said Fleetwood. “What an amazing year. I’ve been keeping track of your progress and we will be doing that for a long time, I am sure.

“Winning all these events in one year is something that me and most other people never had the ability to do!

“It was a very, very special year and congratulations – you really deserve it. Good luck in the future, I’ll be watching out.”

More than 400 guests gathered at the Royal Lancaster London for the England Golf Awards, sponsored by adidas Golf, and applauded Gough’s achievements.

The young international from Stoke Park Golf Club, in Buckinghamshire, is the British Boys’ Champion, and also won the English U16 McGregor Trophy and of the Fairhaven Trophies in 2018.

Conor said after receiving his award: “This means a lot. I had a very good year last year.

“I got my first world ranking, started well in Portugal and then the wins came and I’ve carried on this year.”

His ambitions for this year are firstly focussed on his GCSEs. “I’ve got to get them out of the way and then get back and hopefully win more golf tournaments,” Conor added.

This year he’s already followed up with his recent three-shot victory in the Major Champions Invitational in Florida.

Gough was up again tough competition for the Award. The other contenders were:

But the judges felt that Gough’s performances and victories set him apart from the other finalists.