Set in 2,000 acres of glorious parkland at the gateway to Wales, the Celtic Manor Resort boasts three magnificent championship golf courses including the Twenty Ten, the stage for Europe’s dramatic Ryder Cup victory in that year.

No golf fan will ever forget Graeme McDowell with his arms aloft after holing his crucial birdie putt on the 16th hole or the rapturous scenes of celebration that followed when he sealed the triumph on the next green.

The spectacular Twenty Ten Course was purpose-built for the drama of team match play with water featuring on nine of the 18 holes and risk-and-reward challenges lurking around every corner.

From lacing up your shoes at the same lockers which still carry the name plaques of the Ryder Cup players to a post-round drink on the clubhouse balcony where Europe sprayed champagne over their supporters, there is a special atmosphere to every moment on the Twenty Ten Course. 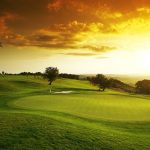 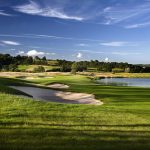 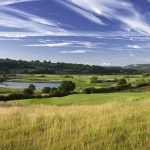 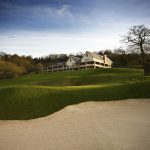 Celtic Manor’s premier course is backed up by two more beautifully-manicured layouts – Roman Road and The Montgomerie – adding up to a rich and varied treat for the golfing connoisseur.

The apres-golf is every bit as memorable with luxurious accommodation, sparkling spa facilities and no fewer than seven restaurants to choose from as your 19th Hole. Packages to stay one night and play two courses are always exceptional value for the quality of golf on offer – or stay two nights and play all three!