By on in Competitions, Course News, Events, News, Wales 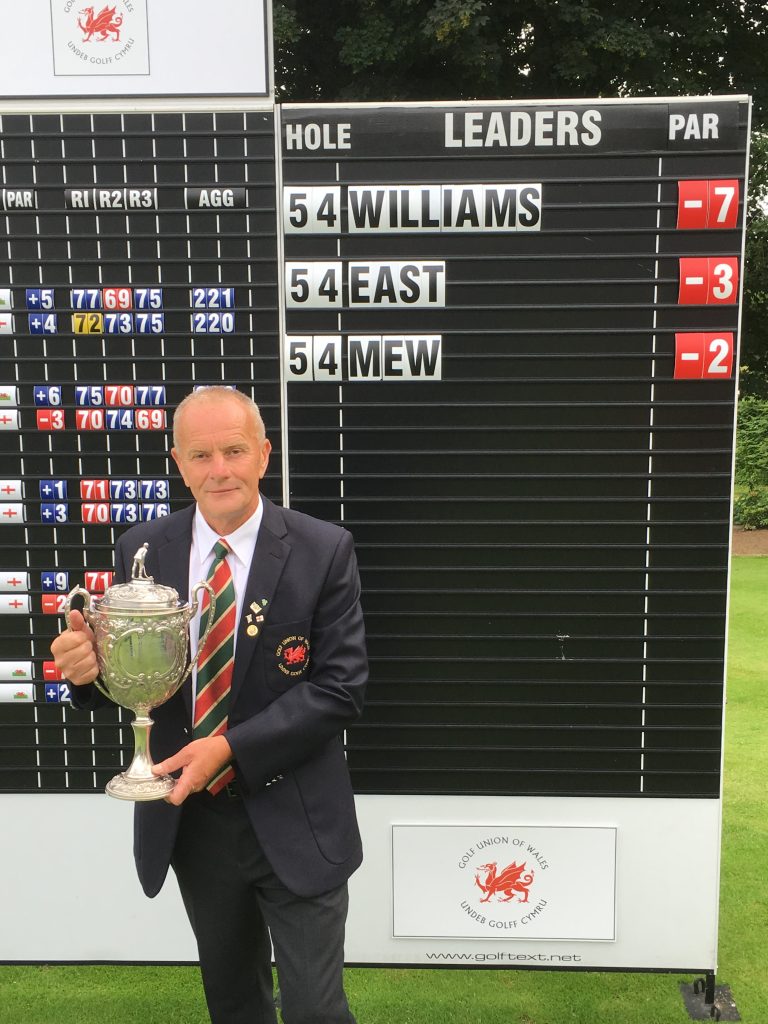 Newport’s Andrew Williams is relishing the new role as captain of the Wales Seniors, targeting an historic first win at the Home Internationals.

Former Welsh Seniors Open winner Williams has been confirmed in the new role by Wales Golf, along with two fellow selectors, Chris Bailey of Neath and Roger Floyd of Celtic Manor.

In a change to the selection policy for the Wales Seniors team in the Home Internationals, there will be automatic places for the top four in the Order of Merit which includes nine national and international events.

One of the key events will be the Welsh Seniors Championship at Aberdovey starting June 12. There will also be three selection picks for the Home Internationals team, where Wales will be looking to improve on second place two years ago.

“Being captain is a new role and I am excited about taking it forward over the next years,” said 60-year-old Williams, who will be a playing captain if he earns a place in the team.

“The team has performed pretty well over the last few years, but we need to take that extra step to be at the top level with England, Scotland and Ireland.

“They have all won the Home Internationals while our best result was second at Machynys in Llanelli two years ago.

“We were fourth in Rosslare last year so obviously we are looking to improve on that position.

“This is my sixth year with the Wales Seniors and there have been huge improvements over that time, the standard of the Welsh team has improved immensely.

“For example last year Nick Grimmett won the Irish Open which was a tremendous performance, while there are also some ex-internationals and top class players reaching the age of 55 so we could have some new players coming through.

“I won’t be happy until we win the senior home internationals and we can do that with the right calibre of player.

“The order of merit events will be important because we will be rubbing shoulders with the best players of England, Scotland and Ireland – these will be the players we will be up against in September.”

Williams has been one of the key players for Wales in recent years and he hopes to combine playing with captaincy.

“I have plenty of captaincy experience with Gwent County and Newport first team and I know the players who will be playing for us as well as the players of England, Scotland and Ireland we will be facing,” he explained.

“All the potential Wales players will be at Aberdovey next week for the Welsh Seniors Championship. It is an event I will be targeting, along with my fellow selectors Chris and Roger.

“We will be able to look at players, but the Order of Merit will be a good gauge, not just for the top four automatic places but also for the other selections.

“Then it will be a question of working out the foursomes pairing and the order of the singles each day, hopefully I will have enough expertise and experience to put them out in the right order and in the right frame of mind.”