YULE SETS THE STANDARD IN GERMANY 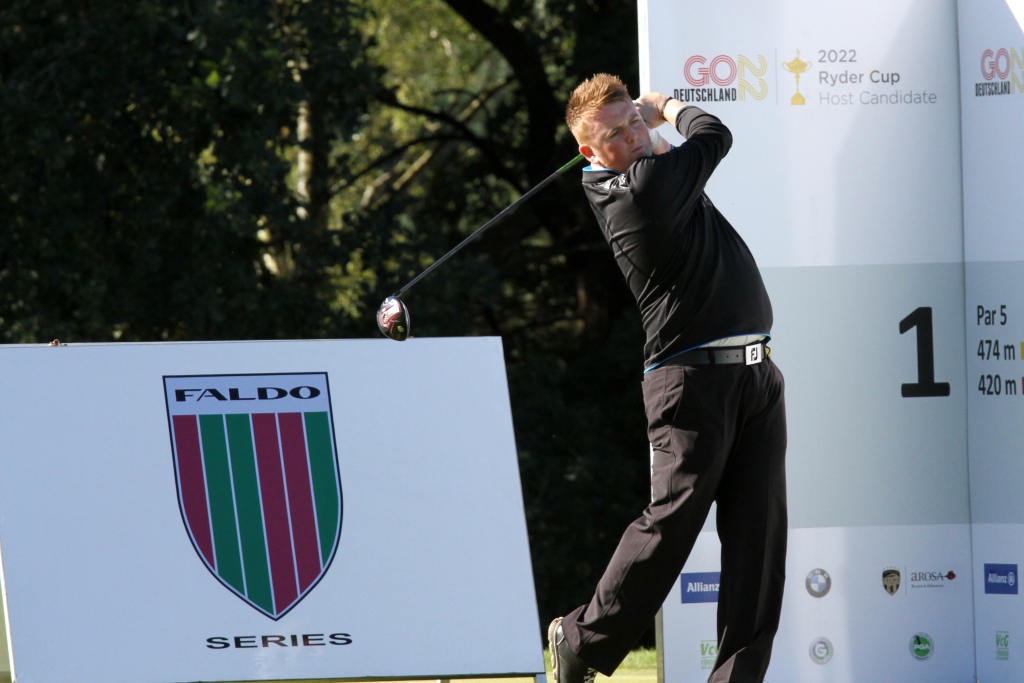 YULE SETS THE STANDARD IN GERMANY

29 September 2015: Englishman Jack Yule of Middleton Golf Club claimed the lead on day one of the Faldo Series Grand Final with an incredibly skilful two-under par 70 at A-ROSA Scharmützelsee resort in Bad Saarow. Yule celebrates his 21st birthday today, but will need to retain his focus as he sits just one shot ahead of accomplished American pair John Pak and Alyaa Abdulghany on one of the most challenging courses in Germany.

Birthday boy Yule had dipped as low as four-under par on the back nine before the course showed its teeth again to push him back to two-under after 18 holes. The pair from the United States are not the only ones to be wary of. Natalia Heckova of Slovakia is mounting a strong challenge one shot further back and she is joined by her young compatriot Jakub Hrinda. Heckova has a superb Faldo Series record and Hrinda, at just 16, is displaying formidable talent.

The Faldo course Berlin at A-ROSA Scharmützelsee bathed in autumnal sunshine as the battle raged on. Some competitors found strife on the course’s many deep pot bunkers but perhaps also learned exactly why it was chosen to be Germany’s 2022 Ryder Cup bid venue. The action recommences in earnest tomorrow morning under the watchful eye of six-time Major Champion Sir Nick Faldo.

63 golfers from 18 countries have joined Sir Nick Faldo A-ROSA Scharmützelsee in Bad Saarow, Germany for the nineteenth edition of the Faldo Series Grand Final which concludes on October 1.

Competitors aged 12 to 21 will contest for the title of Faldo Series Champion over 54 holes on the Faldo course at the renowned A-ROSA Scharmützelsee resort in Bad Saarow, Germany. With the field divided into five age-categories, three boys and two girls will each receive a trophy and an exemption into the tenth Asia Grand Final in 2016. The leading boy and girl will also be invited to play in a professional Tour event.

Off the course players will spend time with Faldo and his personal coach Keith Wood. Juniors from local golf clubs have also been invited to participate in a clinic with Sir Nick as part of an initiative to help grow golf at the grass roots level. Hopefully they will gain inspiration by attending the golf master class clinics with Faldo and Keith Wood and by watching the competitors in action first-hand.

Recognised as the only global amateur series for boys and girls, the Faldo Series was established in 1996, expanding to Asia in 2006.

Today, 40 Faldo Series tournaments take place in 30-plus countries worldwide, touching thousands of golfers each year. Past winners include Major Champions Tseng Ya-ni and Rory McIlroy, who took his tally of professional Major titles to four with his wins at the 2014 Open Championship and US PGA Championship.