By on in Course News, Events, Spas, Wales 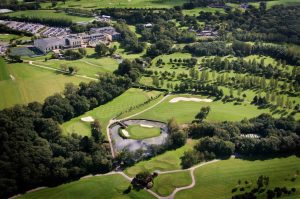 For the first time in its history, the Vale Resort in Hensol has been crowned as both Wales’ best golf hotel and best resort spa by an international awards body that recognises excellence in tourism.

Both ceremonies are organised by the World Travel Awards, which describes itself as “the ultimate hallmark of industry excellence”.

The organisation holds various awards ceremonies to reward the best travel and leisure organisations in the world, which have been described by the Wall Street Journal as the ‘Oscars of the travel industry’.

In both awards, votes are cast by professionals working within each industry and by members of the public. 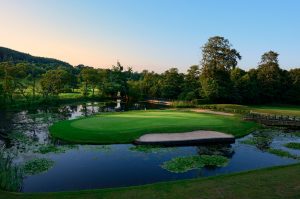 Stephanie Metson, marketing manager at the Vale Resort, said: “The World Travel Awards is a prestigious global brand that is recognised as a benchmark of quality and excellence in the travel and tourism industry.

“For the Vale Resort to be named in two different award categories in the same year is an outstanding achievement and a testament to the hard work of all of our staff.

“We have always said that our hotel, with its two championship golf courses located in 650 acres of beautiful Welsh countryside, offers the best venue for golf breaks in Wales, so it is an honour to have this recognised.

“Likewise we know our Vale Spa, which is Wales’ largest spa, offers a unique and luxurious experience for customers that sets us apart from the competition.

“We pride ourselves on putting our customers at the heart of everything we do to ensure they have a memorable experience every time they visit.

“These awards will inspire us to maintain our high standards so we continue to excel.”