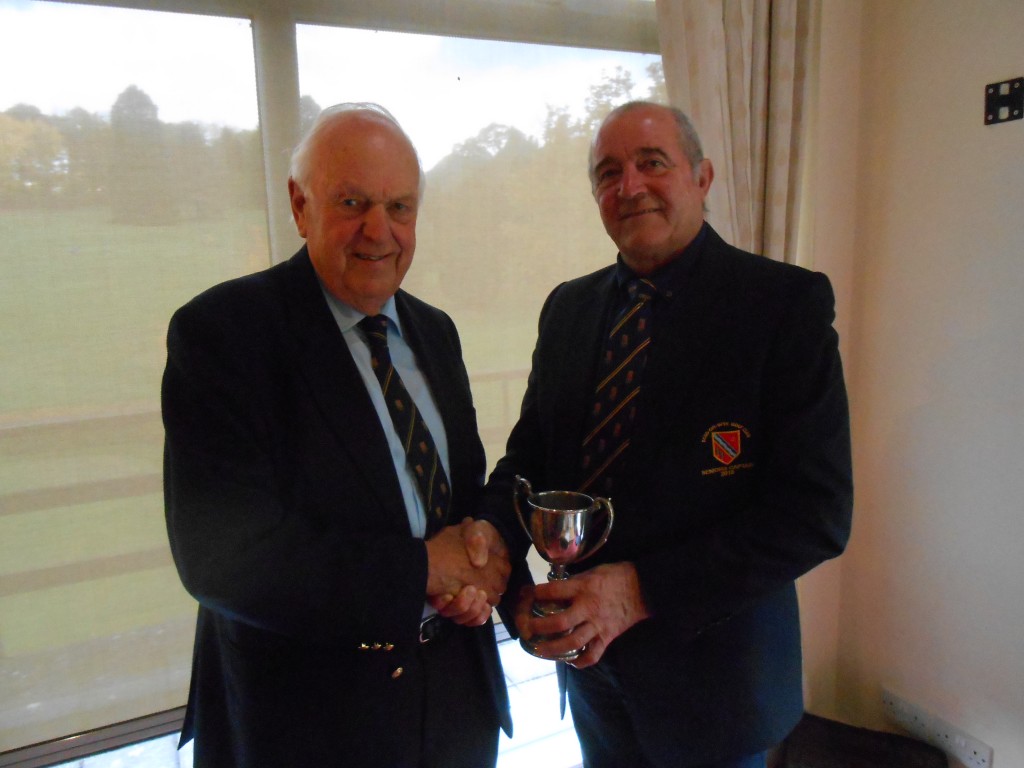 A very well attended Ross Seniors Annual General Meeting enabled members to show their appreciation to their outgoing Seniors Captain Richard Topping and to celebrate the appointment of David Williams as his successor. Also to welcome the appointment of Steve Martin as Seniors Vice Captain who succeeds David and which comes into immediate effect.

The 2015 season has followed the paths of its predecessors with Richard pleased to report on a highly successful and effective year in his care. Increased numbers of members have taken part in the Seniors comprehensive events programme and in terms of helping others a record £1049 has been donated to the Gloucester Multiple Sclerosis Centre, this being the Club Captains Annual Charity and a further £335 has reached the worthy coffers of the Ross Juniors Academy. Richard congratulated all Seniors who had been successful in his year and presented the Over’s 75 Cup to Club President Neville Ovens with Patrick Curtis presenting the salver, which honours his name to Graeme Laws and Steve Martin who won the Annual Seniors Winter Pairs competition. 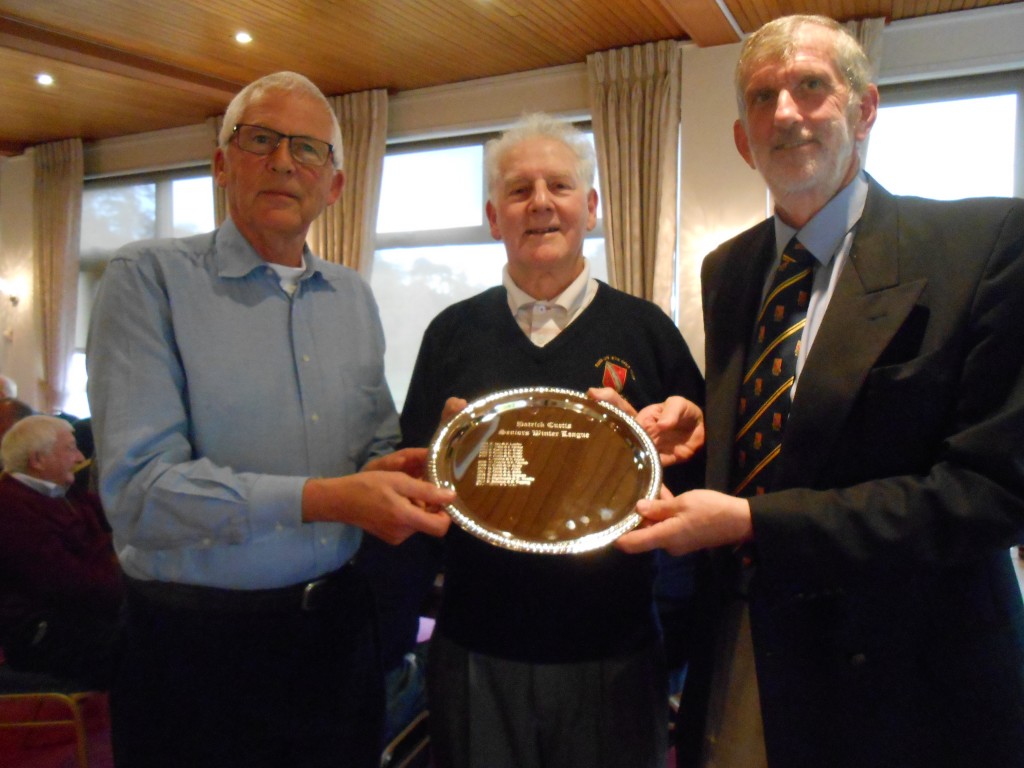 The core of the Seniors Committee remain in office for another year where Alan Thompson is Match Secretary, Stewart Ross is Treasurer, Patrick Curtis and Tim Rigden continue in their highly supportive roles with Hugh Elliott and Wref Digings joining the Committee as newcomers in a structure which sees Keith Ray again looking after administration as General Secretary. Members are also pleased  that Graham Russell is on board again so that he can manage the Club’s Seniors Singles Open which he has so effectively undertaken in the previous 2 years.  The prizes for the day’s top performers in the 16 holes Greensomes Stableford event, which preceded the AGM and lunch were earned by winners Mike Harris and Mike Ellis with 39 points followed by Paul Gibbons & Graham Weare also with 39 points, and Philip Corcoran and Scott Thompson with 37 points.

All sections of Ross Golf Club were praised for their respective support throughout the season and notably to Head Professional Tim Hall and his team, Club Caterers Joanne and Richard Brown and Course Manager, Rob Wilband and his team. This is reflected in the news that the Ross Club for the 4th successive year has remained at the No 1 spot in the ‘Top 100 Golf Courses League Table’ for Gloucestershire.