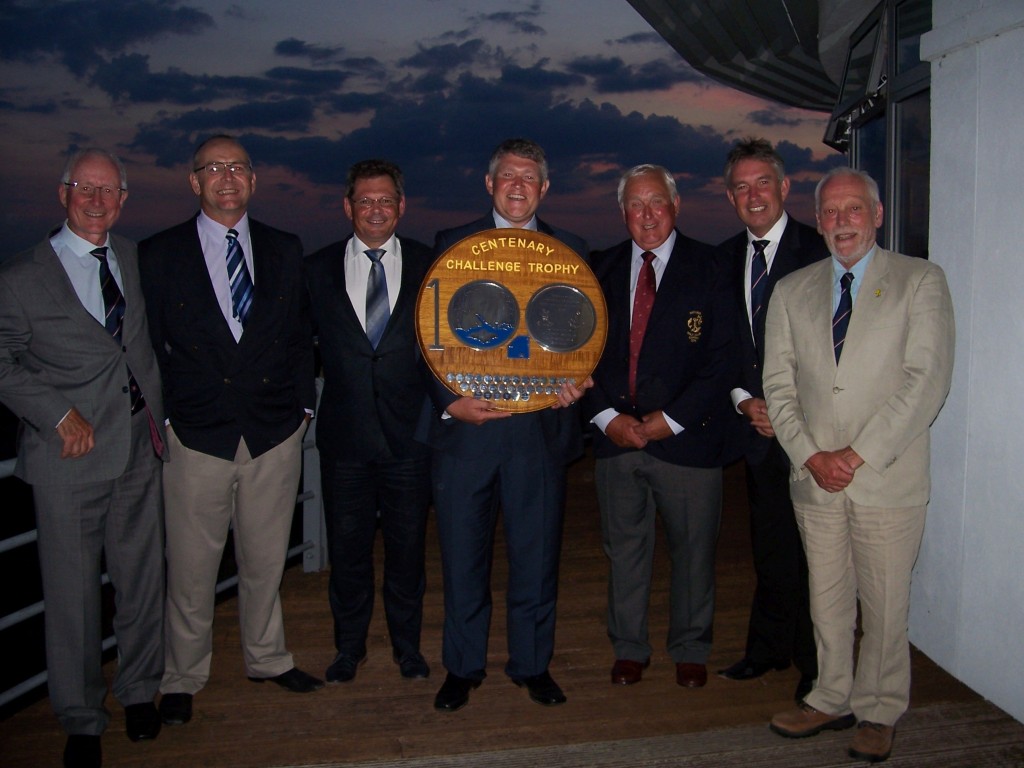 Petersfield Golf Club entered a team to play for the Centenary Challenge Trophy at Hayling Golf Club on Saturday, 26th of July. This prestigious trophy is competed for on an annual basis between teams from the South East region who celebrated their centenary ‘before the millenium.’ There are ten of these and, as well as Hayling and Petersfield, they feature clubs such as Alresford, The Army Club, Barton-On-Sea, Royal Winchester, Corhampton, Bramshaw, Gosport & Stokes Bay and Hartley Wintney. The competition alternates annually between Hayling Golf Club and the Army Golf Club in Aldershot.

The competition this year was an 18 hole Stableford, featuring teams of eight players that included a category of four players with a handicap from scratch to nine, with the other category being four players with a handicap from ten to twenty. The best three scores in each category were counted towards the competition. On a bright and sunny day, with mercifully little breeze, the competitors were started off by ‘shotgun’ at the same time. It must be reported that Hayling’s golf course was in immaculate condition for the competition, with the greens lightning fast and true and with the course’s links features enhanced by the recent dry weather.

Prize giving took place after a wonderful and convivial four course dinner and no-one was more surprised than the Petersfield team to hear that we had won! Unfortunately, although he did compete, the Captain of Petersfield, Lieutenant Colonel Paul Duncan was not available to collect the impressive prize trophy in person; that honour going to Simon Baigent, a recent Club Treasurer. The team look forward to defending the Trophy at the Army Golf Club next year under the leadership of a new Captain. This year’s Captain will fight for his selection!