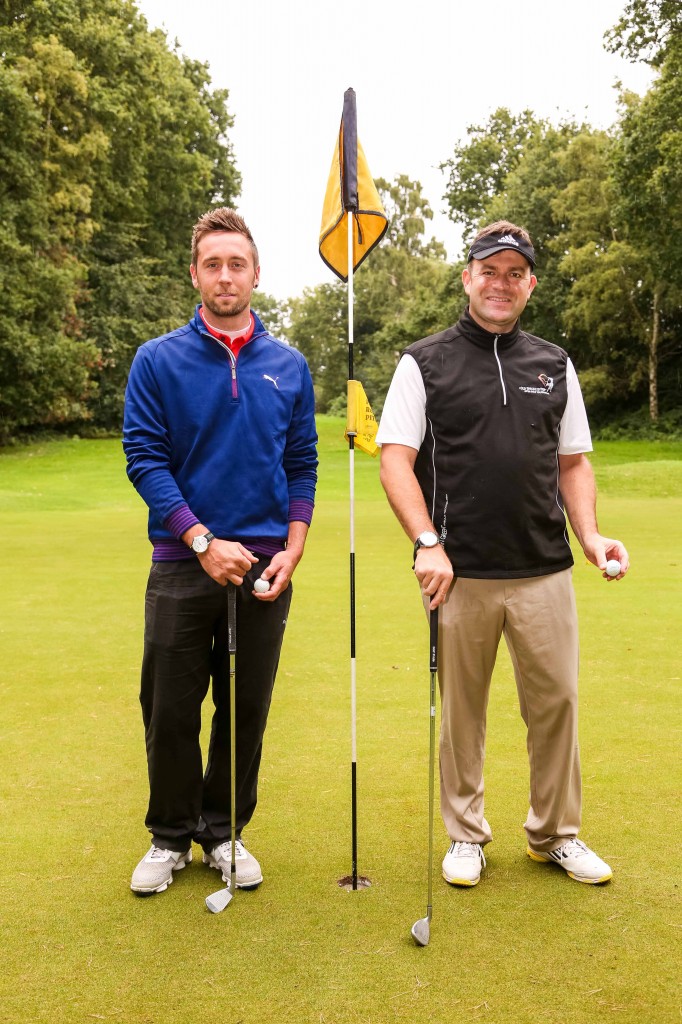 Amateur golfers Aaron Saddleton and Mark Avis beat odds of 25-million-to-one to ace the same hole while playing against each other at the Royal Norwich GC.

Following their magnificent achievement, the BOSS Watches H1Club has decided to recognise the double feat by rewarding each golfer with a specially-commissioned, commemorative timepiece.

The remarkable double feat occurred on the 135-yard, par-three ninth, in a two-v-two match between Sprowston Manor GC and Royal Norwich.

Saddleton, 29, an eight-handicapper and Sprowston Manor member, thought he’d won the hole after his ace with a smooth nine-iron, but then opponent 43-year-old Mark Avis, of Royal Norwich, who plays off seven, did exactly the same thing, also with a nine-iron, for a astonishing half-point.

Saddleton, who has played golf for 10 years, said: “I couldn’t believe it. I don’t think I will ever experience that again. It’s a game of golf I will never forget.

“After I hit my hole-in-one, I even remember Mark saying something like ‘so that’s what I need to do’, and then he did exactly the same thing. I can’t believe I hit a hole-in-one, but didn’t win the hole.”

Avis added: “When I saw my opponent score a hole-in-one, I knew what I had to do. I then hit my shot and the ball cleared the bunker and rolled into the hole – unbelievable.

“I was amazed and we were all stunned. It is a moment in history – you can’t make it up.”

Despite Sprowston winning the match 3-1 overall, fittingly, the Saddleton/Avis game finished all square.

BOSS Watches has once again pledged to reward club golfers with an exclusive watch for every hole-in-one recorded during a club competition in 2015, after giving away more than £1.5m-worth of limited-edition timepieces since its launch in 2013 .

The scheme is open to any golfer whose club uses HowDidiDo – a free-to-use, web-based social network for golfers – and anybody playing in official club competitions is eligible.