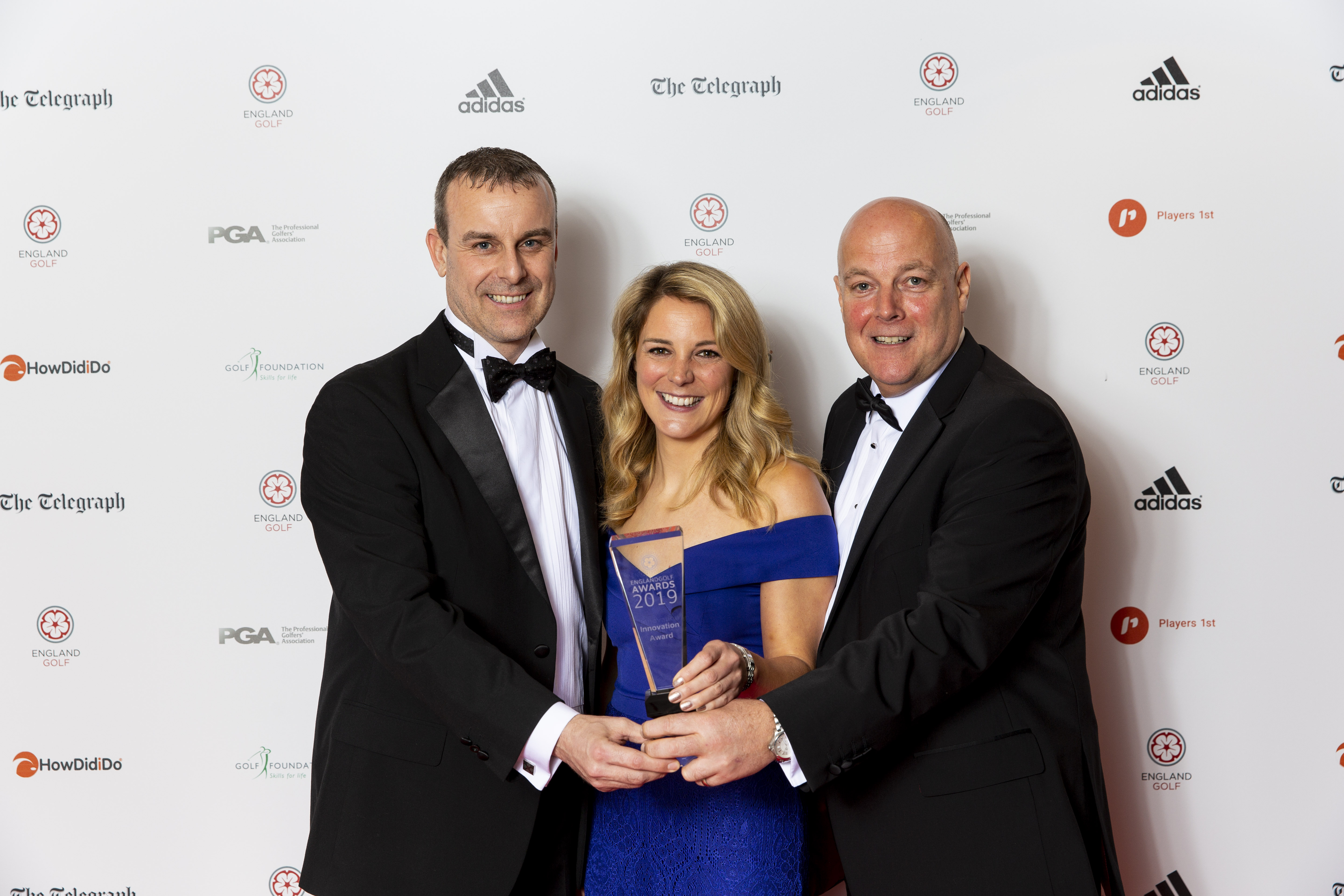 Golf operator Mytime Active led the way with a pilot project at its centres at Bromley and Orpington which showed how the sport could improve the health of inactive people.

Now it’s set to spread to other centres and to other golf operators.

The impact of ‘golf on referral’ was recognised last night when it took the Innovation honours at the England Golf Awards, sponsored by adidas Golf.

More than 400 guests at London’s Royal Lancaster hotel applauded the winners for developing a scheme which demonstrates the health benefits of golf.

The judges were particularly impressed by the opportunity it offers to strengthen golf’s community links and to scale up the project nationally.

“This is great,” said Mytime Active’s Scott Bartlett. “It’s one thing to come up with the idea, but another to show that it is changing people’s lives.

“It’s good to have the recognition for all the hard work that has gone into this – but we haven’t got the copyright!

“It would be fantastic if more places could do this and we could reach more and more people.”

Golf on referral was developed by Mytime Active, working with England Golf and uk active.

England Golf chief executive Nick Pink said: “We’re very proud to have supported golf on referral and to show there are extremely good health reasons to encourage more people to take up and keep playing the sport.

“We’re very excited by the potential to scale-up this scheme across the country and we look forward to working with Mytime Active to share the approach.”

The scheme sees people in that part of south east London and Kent referred by GPs for a six-week series of 12 sessions, which combines golf lessons with advice on changing behaviour.

It continues to run at the two centres, now at a nominal charge of £2.50 per session.

From next month is will also be extended to Mytime Active’s centres at Barnehurst, near Bexleyheath, Hatchford Brook, in Birmingham, and Dibden, Southampton.

Mytime Active has 16 courses in London, the Midlands and on the south coast. It aims to make the game fun and accessible to all.

The project was challenged for the award by three other contenders:–