By on in Events, National, News, Pro News 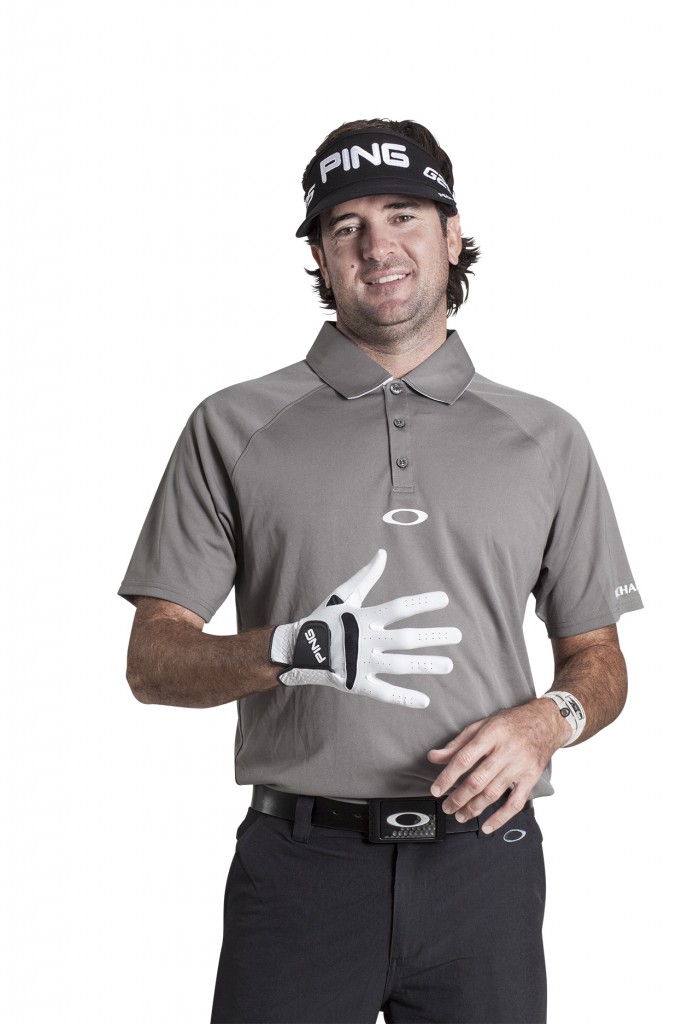 Bubba Watson clinched his second Green Jacket in three years by holding off Jordan Spieth and Jonas Blixt to win the 78th Masters.

The American left-hander, 35, shot a final-round 69 to win by three after overhauling a two-shot deficit on his co-overnight leader Spieth on a sultry day at Augusta.

“The Masters fits Bubba Watson’s attributes to a tee. His ability to smash 350-yard drives allied to his left-handed cut provided a potent Augusta combination. But the American deserves huge credit for his mental fortitude.

“His birdies on the fourth and sixth were key in keeping in touch with Jordan Spieth’s fast start. From there he retained commendable composure to steer his way into exalted company. It takes a special player to win multiple Masters.”

Debutant Spieth, 20, was bidding to beat Tiger Woods as the youngest ever winner and duelled with Watson for much of the day, but the Texan’s chances were sunk in the water of Amen Corner and he carded 72 to end five under.

Sweden’s Blixt edged alongside Spieth with a 71, with Spain’s Miguel Angel Jimenez fourth on four under after a 71.

Americans Rickie Fowler (73) and Matt Kuchar 74) finished two under, with England’s Lee Westwood (73) one under in seventh place, his 17th top-10 finish in majors.

Watson became the 17th player to win two Masters titles, eight of whom have gone on to win three or more Green Jackets.

“Walking up 18 was a little bit easier this time,” said Watson, who beat Louis Oosthuizen in a play-off two years ago. 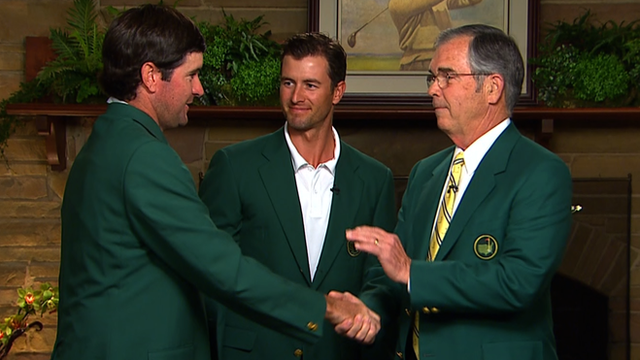 “This one is a lot different. The first one I kind of lucked into it, but this is a lot of hard work. After giving it back I wanted to get it back again.”

Watson began the day tied with Spieth at five under, but the 2012 champion quickly slipped two behind after three holes.

The Floridian was temporarily three back when Spieth holed his bunker shot on the short fourth, but Watson rolled in his own birdie putt to stay two back at six under.

By the eighth they were level on seven under, but the tide turned Watson’s way when he enjoyed a two-shot swing on the ninth with a birdie to Spieth’s bogey to lead by two going into the infamous back nine.

Watson dropped a shot at the 10th after hitting a poor chip across the green, but the tournament dramatically lurched his way when Spieth’s tee shot to the short 12th rolled down the bank into Rae’s Creek, the graveyard of so many Masters contenders.

The 2014 Masters in numbers

Hardest hole: The par-four 11th took an average of 4.5 strokes to complete. Only 10 of the 874 birdies this week were snatched from the hole named White Dogwood

Easiest hole: The four par fives were the easiest hole statistically all week, none more so than 13. Named Azalea for its decorative shrubbery, players felt right at home, averaging 4.7 strokes

Watson edged into a three-shot lead with a birdie on the par-five 13th and parred his way home for victory.

Spieth, last year’s rookie of the year, was playing in only his third major as a professional, while Blixt, 29, was also playing his third major after finishing fourth in the US PGA last summer.

“It’s definitely mixed emotions,” said Spieth. “It was very close on the back nine. I hit a lot of putts where I wanted to but they didn’t go in. To play this course all week without worse than a bogey is something I’m proud of.”

McIlroy had been installed as favourite in the absence of world number one Tiger Woods, but the 24-year-old’s bid for a third major and first Masters was effectively scuppered with a 77 on day two.

“It’s been a frustrating week, because I felt like from tee to green I played as good as the leaders,” said McIlroy.

“I just need to take some more chances that I’ve given myself on the greens.”

Better to be left?

US veteran Fred Couples, 54, began the day four off the lead, also bidding to beat the 46-year-old Jack Nicklaus as the oldest ever Masters winner .

But despite two birdies to start, the 1992 champion faltered over the second nine and made a double bogey via the water at the 11th and another at the long 15th for a 75 and two over.