By on in Golf Breaks, Lifestyle, News, Offers, Overseas Breaks, Women in golf 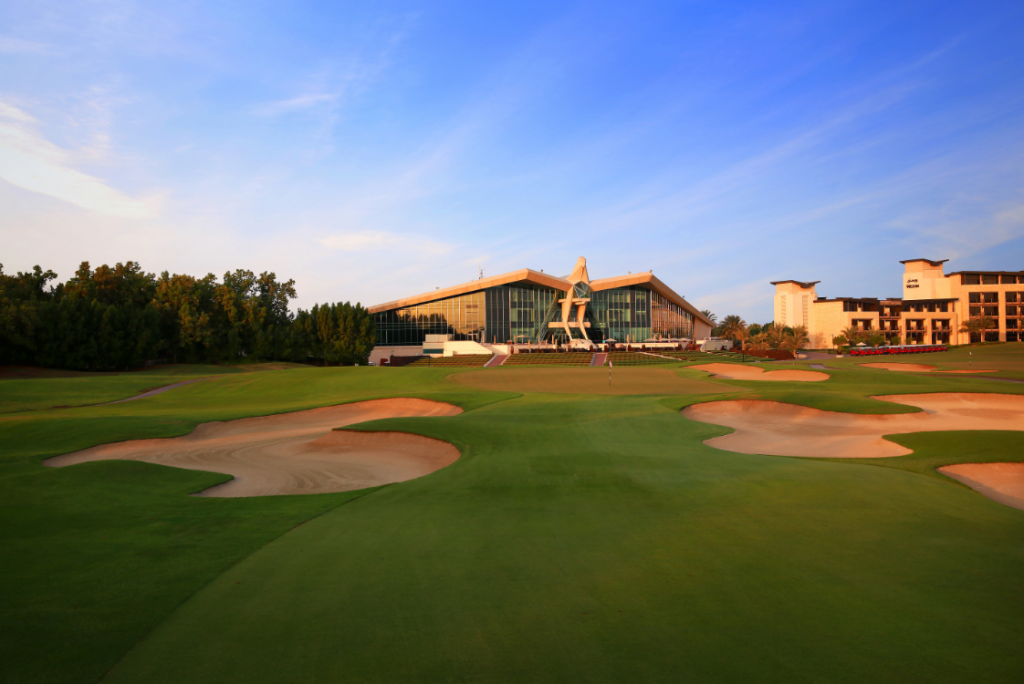 With Green Grooves Abu Dhabi, Abu Dhabi Golf Club, which is no stranger to world-class events as a 10-time host of the Abu Dhabi HSBC Golf Championship on the European Tour, is underlining its unique approach to golf club management. Framed by the venue’s iconic Falcon Clubhouse, the debut concert on Thursday 22nd October 2015, will be headlined by two of the hottest names in music in what will be a regular roll-call of top international acts at the club moving forward.

Paul Booth, Abu Dhabi Golf Club’s General Manager and part of the team that created the concept, is thrilled to have lined up two such prestigious international acts for what shapes up to be a blockbuster start to the Green Grooves Abu Dhabi series.

Tickets for the maiden Green Grooves Abu Dhabi performance from Mark Ronson and Labrinth are on sale now at www.abgolfclub.com and on partnering virginmegastore.me , Platinumlist.net and ticketmaster.ae. Tickets are available from AED 320 per person with a strictly limited number of VIP Gold entrance tickets, which grant premier standing access just five metres from the stage, also available from AED 480.

For those concert goers wanting to make a real weekend of the Green Grooves Abu Dhabi debut, the on-site Westin Abu Dhabi Golf Resort & Spa have teamed with Abu Dhabi Golf Club to offer a number of exclusive packages.

Packages include a one night stay in a deluxe room with either regular or Gold entrance concert ticket or the ultimate Green Grooves Abu Dhabi experience which includes room stay, late check-out (subject to availability), a Gold entrance ticket to the concert and access to the Westin Abu Dhabi Golf Resort & Spa’s renowned Bubbalicious brunch, including unlimited house beverages and champagne. For more information about overnight accommodation packages and to book, please visit www.westinabudhabigolfresort.com

Gates open at 6.30pm with local acts DJ Melohman from Pacha Dubai and DJ Koast from Greece set to entertain the crowd ahead of the star appearances from Mark Ronson and Labrinth. 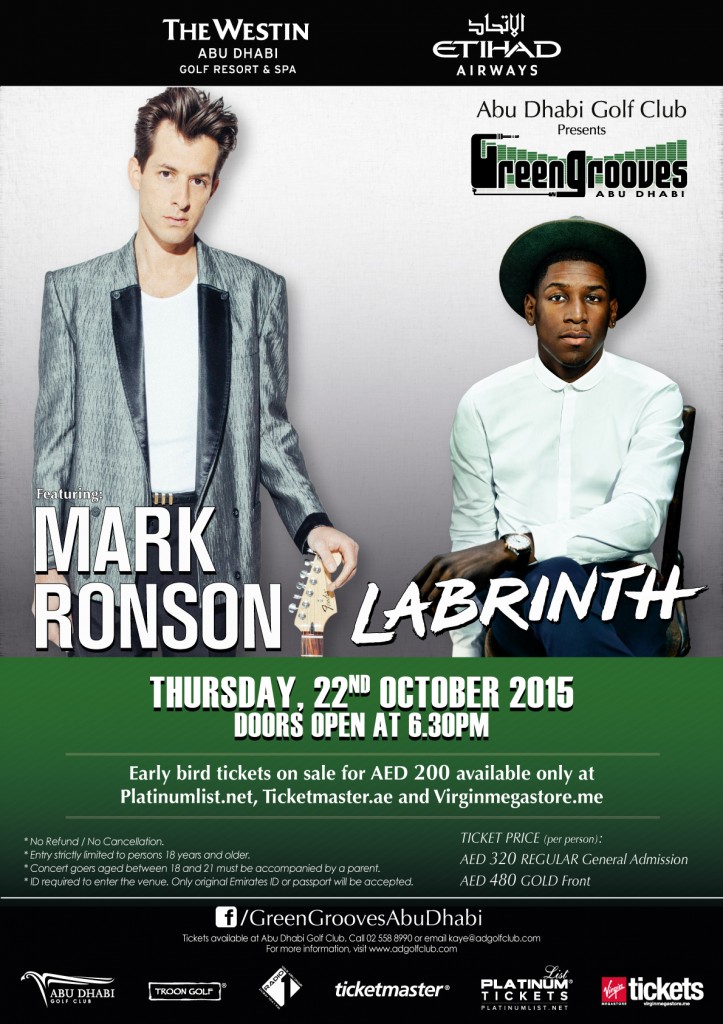 Mark Ronson achieved his first UK and U.S. chart-topping single last year with “Uptown Funk” which featured vocals from Bruno Mars. The track earned Ronson a Brit Award for British Single of the Year while his fourth studio album, Uptown Special, released in January 2015, became his first UK No.1 album. Ronson has also produced on multi-platform, Grammy Award-winning albums for artists such as Amy Winehouse and Adele, as well as collaborating with Beatles legend Sir Paul McCartney, among others.

One of nine siblings who grew up surrounded by the sound of American gospel music, Labrinth is one of the UK’s brightest, multifaceted talents. The singer-songwriter, multi-instrumentalist and record producer is well known for his collaboration with English rapper Tinie Tempah; their track “Earthquake” went to No.2 in the UK singles chart. Labrinth’s first No.1 single came in November 2012 with “Beneath your Beautiful” featuring Emeli Sandé.