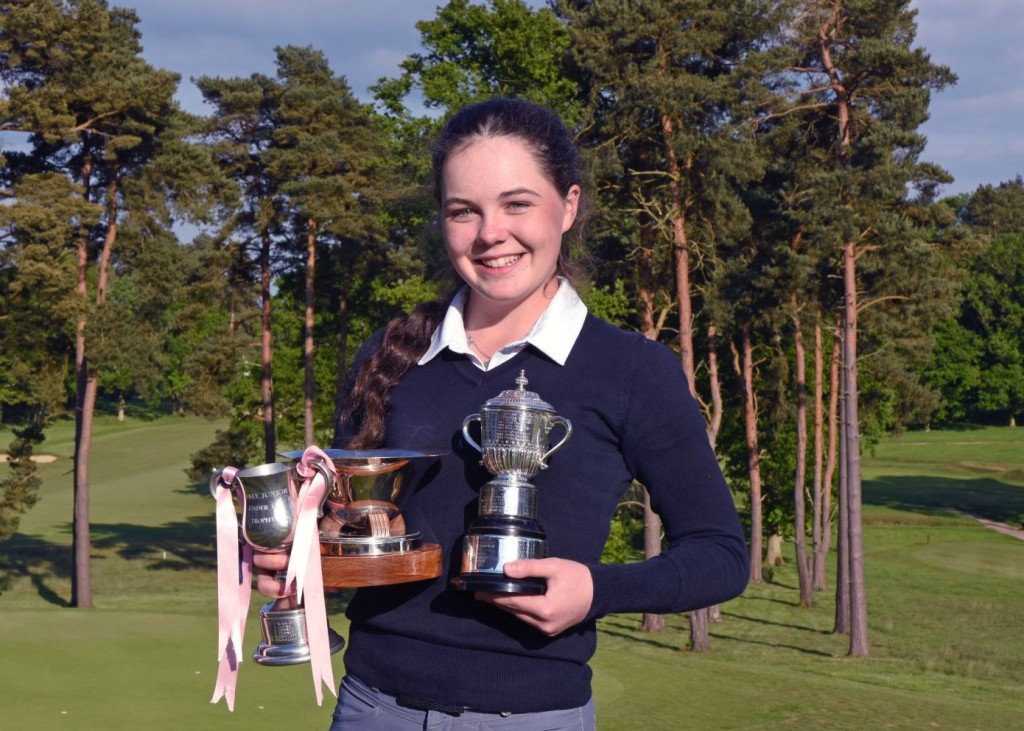 Since the County Championships in April, there are now new Senior and Junior Champions.

Juniors Championship played at Worplesdon GC was won by Martha Lewis, St George’s Hill GC with rounds of 77 and 70 winning the title by 10 shots from Jemma Milton, Hankley Common GC. Martha also won the Under 15 title.

Surrey’s 1st team player, Lizzie Prior Burhill GC won the Critchley Salver, played at Sunningdale GC, by 2 shots. Lizzie established a new course record with an 8 under par 67, including an eagle and 6 birdies in her 1st round, followed by77 gross in round 2, totaling 5 under for competition leaving her 2 shots ahead of runner-up Dulcie Sverdloff of  Essex. Lizzie was runner up in the County Championship, and was the highest placed amateur in the Roehampton Gold Cup as well as winning the Fairhaven Trophy.

Surrey will be fielding a very strong team in the County week to be played at Worthing GC from 22nd to 26th June (no play Thursday 25th) and have high hopes of regaining the title, having lost on the final day in 2014 to Hampshire.

Volunteer of the Year : Margaret Bedford who transformed the Junior Section at Strawberry Hill GC.

Golf Mark Club of the year: Windlesham GC for getting juniors and beginners into the game.

Thanks to the generous financial support and assistance of the Surrey County Golf Union over the last 6 months, a new SLCGA website has been launched.The site has been designed by David Boxall and his team at ‘301 Design;  Some of the main features are :

modern design with a simple layout for easy navigation