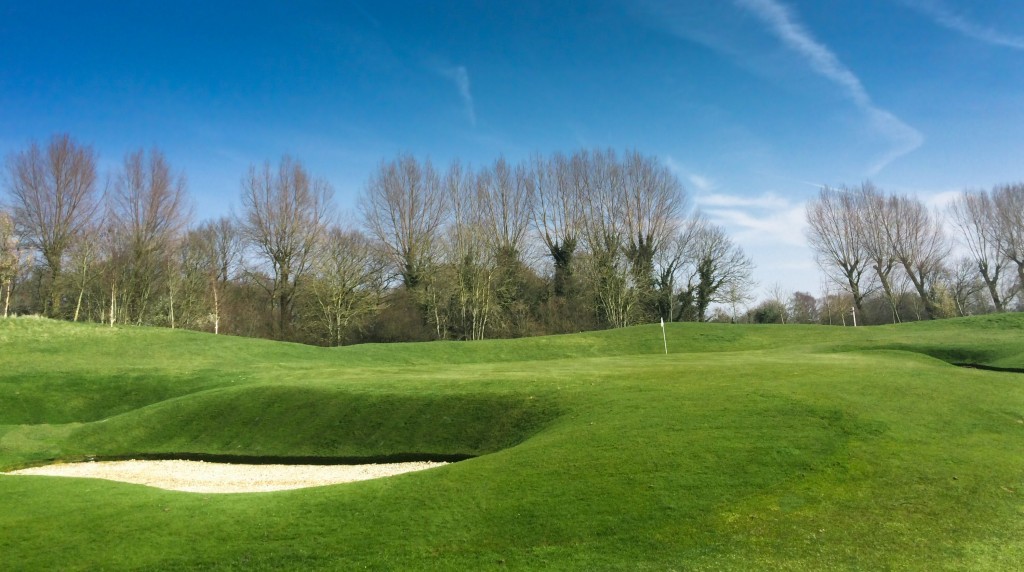 BARNET, NORTH LONDON, UK: The Shire London, which features the UK’s only full Severiano Ballesteros course design, has announced the completion of a major series of course refurbishments and facilities upgrades for the 2014 golf season.

The announcement is made on April 9th, which would have been the great man’s 57th birthday.

The changes include new bunkering and greenside modelling work on The Ballesteros Masters Course to increase the challenge of what is already regarded as one of England’s most demanding tests of golf.

Other improvements cover everything from new sand, course furniture and flags to a renovated driving range. The club has even upgraded its coffee machines, TV sets and soft furnishings.

In all, the club – which is privately run by The Bridgedown Group – has invested over £120,000 in improvements both on and off the golf course.

“Every year we give you something new at The Shire London” said director Ceri Menai-Davis. “We are approaching our eighth anniversary here, and although the Group is building other golf courses across London, including the West London Golf Centre, the West London Links and The Dye London, The Shire London is our first-born, we are based at the club, and driving it ever more successfully forwards remains our number one priority.

“Golf needs to modernise. Some parts of the sport seem to be stuck in the past, but we never stay still. We are always creating something new for golfers. Speaking as both The Shire London and The Bridgedown Group, we have pledged to play our part in creating an exciting future for golf in England – and the next few years will see us deliver on that promise”.

A mixture of new and remodelled bunkers on four holes on the front nine – the 2nd, the 6th, the 8th and the 9th holes – is the most visible evidence that the club has been hard at work. Each of the four holes now presents an enhanced challenge to the golfer playing an approach shot. The 6th and 9th, both already tough par fours, are now significantly more challenging around the green. The 6th, which sets the golfer the demanding task of avoiding both a right hand side lake and a fairway-splitting burn from the tee, is now heavily bunkered around the green, including one with a 6ft vertical face. And on the 9th, a long uphill par four, golfers can no longer roll the ball onto the green as remodelled bunkers now guard the entrance, pushing right into the green. There is also a deadly pot bunker now hidden back left, to catch over-hit shots.

The risk-and-reward short par four 2nd hole now has new gorse beds, plus remodelled greenside bunkers and a newly-shaped green approach, making the start to the round even more challenging, and the par five 8th – one of The Shire’s links-style holes – now has even more of a links feel with three revetted bunkers guarding the front of the green.

Elsewhere on the golf course, The Shire London is implementing a major bunker programme, with new bases to all bunkers to be finished by next season. New sand is also going in all bunkers.

“These changes for the 2014 season have made the Ballesteros Masters Course even more compelling. At The Shire London our goal has always been to provide the best playing surfaces, the most exciting golfing challenge and the highest levels of customer satisfaction available at this price, anywhere in the south east, if not across the whole the United Kingdom” said Menai-Davis.

“We can’t dictate what represents value for money – our members and customers do that. But the feedback we are getting from all who come here is that, as each year goes by, Seve’s great golf course The Shire London is getting better and better”.

On its driving range, the club has installed a new Southwest Greens playing surface, along with new range dividers and a new set of Srixon range balls. Drainage has been improved on the range itself, there are new teaching aids in The Shire Academy, and even a new shoe cleaning machine.

In the newly-redecorated clubhouse, there are new-look showering and wash room facilities along with new furniture and a refurbished functions suite which can now seat up to 250 guests. In the gym there are new fitness coaching sessions with Steve Harris, and The Shire London pro shop is stocked with new 2014 products from FootJoy, IJP and Oscar Jacobsen.

“Although we have been successful since our launch in 2007, you can’t rest on your laurels” said Menai-Davis. “Our members are already enjoying the improvements, and we invite all UK golfers to come and enjoy the warm welcome at The Shire London in 2014”.

The future of English golf looks ‘Rosey’ with top male and female amateurs on show in Fleet in April.
Chris Kamara adds his backing to Heathfield Park Golf Driving Range