By on in Dorset, News 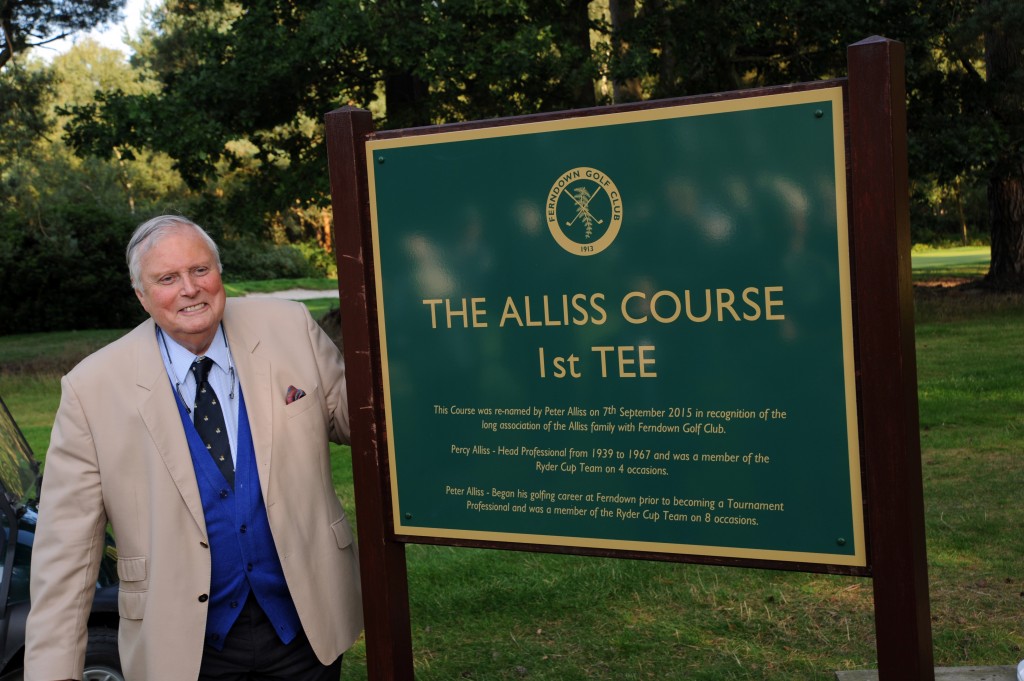 Previous in 2014 the Salterns Alliss Merlo Pro Celebrity competition which came to a close after 28 years broke through the million pound barrier with the monies donated to providing powered wheelchairs to local disabled children together with the Club Captain’s chosen charities.

On Monday following a bucks fizz breakfast, teams played 18 holes on Ferndown’s Championship ‘Old Course’. Winners of the tournament were the Main Sponsors team JM Scully Ltd which consisted of Martyn Thompson (professional of Parkstone Golf Club), Jacqui Byrne together with Jackie and Derek Mantle who had a team score of 89

Golfers and honoured guests were invited to a gourmet dinner with Peter Alliss himself as well as a presentation from guest speaker Steve Rider. The auction was hosted by Mike Osman with great prizes including a week in a luxury villa. The auction and raffle raised an amazing £43,000 for the Peter Alliss Wheelchair Charity and Ferndown Captain’s chosen charities.

The BBC filmed the whole day which can be viewed in early 2016 in the second part of An Evening with Peter Alliss.

For more information about Ferndown and the long association with the Alliss family please visit www.ferndowngolfclub.co.uk.