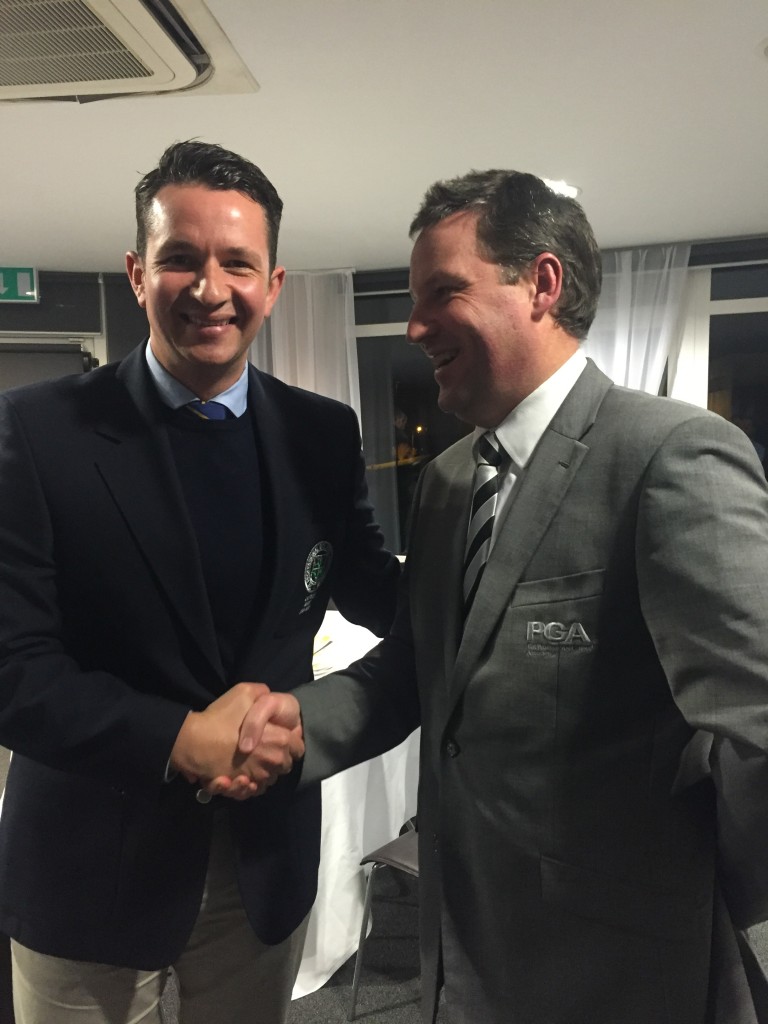 Newly elected Captain and now Director of Golf at Prince’s as well, Anthony Tarchetti is determined to get more of the county’s PGA Assistants and Trainees involved in top class events

Newly elected Captain and now Director of Golf at Prince’s as well, Anthony Tarchetti is determined to get more of the county’s PGA Assistants and Trainees involved in top class events

For Prince’s Anthony Tarchetti, life’s just got a whole lot more interesting. After one year on their committee, his peers in The PGA in Kent have elected him to be their new Captain and build on all the good work done by the previous office holder David Green (Wildernesse).

“I’m very honoured,” said Tarchetti, “especially being elected by my peers to be their Captain, a job I’ll now be doing for the next two years. For me it’s a massive thing to be asked to do, and while I’m really chuffed, I can put something back into the game that’s been so good to me.”

At the same time, Prince’s owners have made the popular Tarchetti their new Director of Golf, which means that besides all the things he’s been doing as their PGA Head Professional, he’s now got the opportunities to widen the scope of his role in terms of the membership and the course. “Prince’s has come a long, long way forward under the McGuirk family’s management, and as Director of Golf I can bring some of my own ideas into the discussion about the best way for Prince’s to go forward.”

Tarchetti’s acutely aware that the lot of Kent’s PGA Assistants and Trainees could be much better, and what he’s got in mind is to find ways of generating sufficient backing so that the events they play in can be made more attractive and more affordable. Aiming to generate larger numbers for the events they play, as Director of Golf at Prince’s he’s already got at least one top course in mind as a venue!

Tarchetti continues, “I’m determined it’ll be worthwhile for the backers as well, as no-one wants to simply throw money at something. Ultimately, my plan is for the arrangements to become a real win win for the backers and for the PGA Assistants and Trainees. That way, we can build a legacy based both on their appreciation and experience, and with luck attract more backers as well.”

Besides his PGA in Kent captaincy, his new role as Prince’s Director of Golf creates all sorts of new opportunities, as he explains, “This role will see me becoming much more involved with membership issues, and I’m in the ideal position to learn what they really want, and see how we can then deliver that. We’re in a very competitive marketplace these days, so the importance of listening to our customers – members, and visitors, corporates and so on – is ever more essential.”

Tarchetti is also going to have more responsibility for the courses, but as he says, “I’m really looking forward to this, as Sean McLean the course superintendent and I have built a terrific relationship over the years, and now we can start to action the sorts of things we’re both passionate about.”