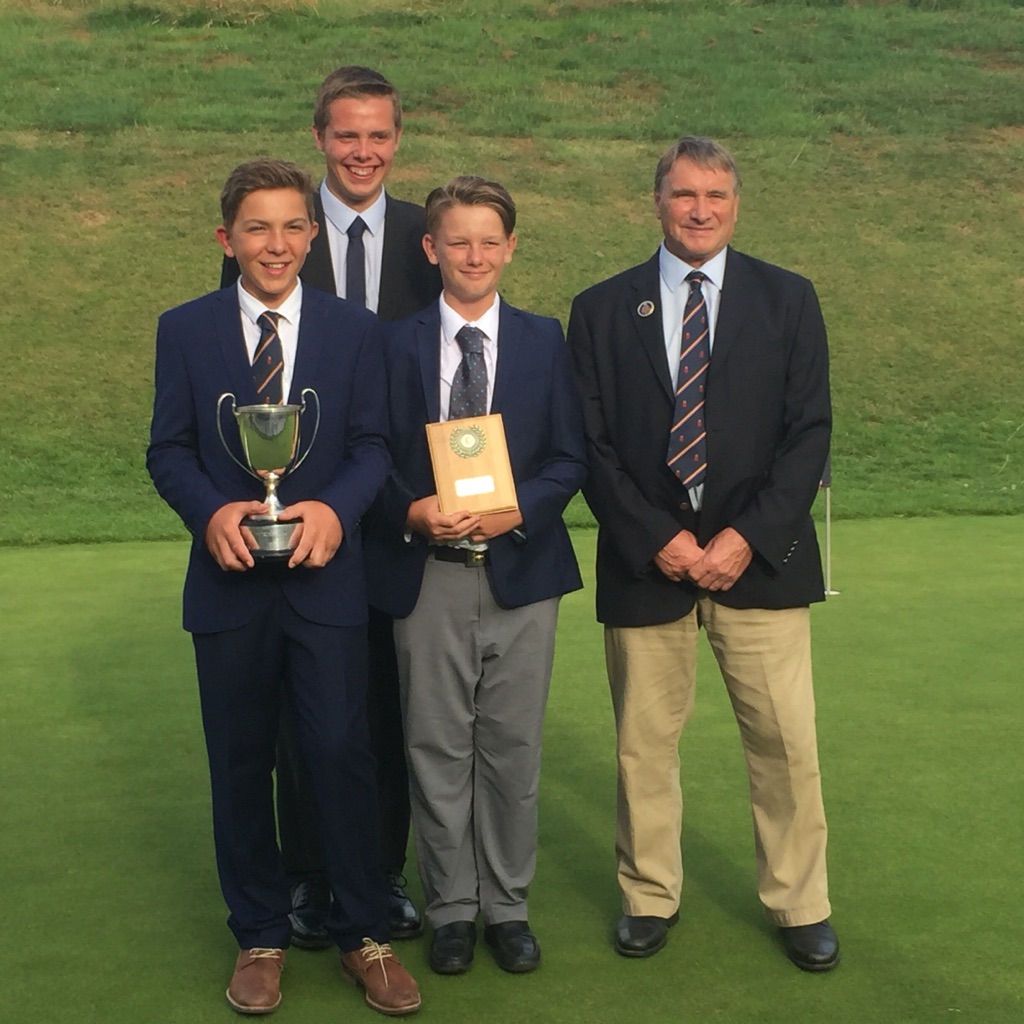 Bramshaw Golf Club, New Forest, 28 July 2016 – Bramshaw Golf Club’s Juniors had a great day at the Finals Day at Hockley on Tuesday 26 July 2016. Displaying an impressive team spirit, Joe Buenfeld, Ciaran Simpkin and Billy Lightfood did Bramshaw proud as they played a number of rounds beating clubs such as Brockenhurst and Hayling Island with some fantastic performances to get into the semi-final.

By the time they entered the semi-final against Alresford the scores were superb, with Billy (42pts), Ciaran (40pts) and Joe (38pts) taking the team to a comfortable 19-point win.

The final against La Moye proved a very different challenge and the match was close all the way with only a few points between the two teams. The fantastic ‘never give up’ attitude was tested to the full as the Bramshaw team approached the last few holes.

With only Joe Buenfeld left to play the 18 hole, Bramshaw were 1-point behind La Moye. Joe put his approach shot 6 foot from the pin and calmly rolled in the putt for a birdie 4. His opponent then faced a 4-foot putt to take the match to a play-off, which unfortunately, he missed. With Joe (39pts), Ciaran (36pts) and Billy (32pts), the Bramshaw team produced a genuinely solid team performance with a maturity beyond their years and all under handicap over the 36 holes on a challenging Hockley course played from the very back tees.

The juniors are now planning for their entry into the English Junior Champion Club Tournament in August – an added bonus from their victory at Hockley.