By on in BB&O, Buckinghamshire, News, Senior Health & Care 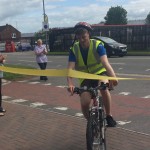 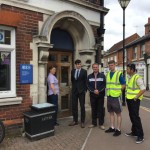 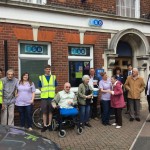 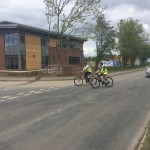 On Wednesday the 20th of May 2015, two staff members from Avondale Care home in Aylesbury, embarked on a 42 mile charity cycle for the Alzheimer’s Society UK. At 10:30 in the morning Jordan Collins and Mark David donned their helmets and pressed their pedals setting out to reach Avondale’s sister home Chiltern Grange Care Home, in Stokenchurch. At their backs was the encouragement of the staff as well as a bus full of Avondale residents following them in support.

along their journey they were met by Richard Haikings of TSB bank in Princes Risborough, who welcomed Avondale’s courageous riding ambassadors into his establishment and with the assistance of Feildmouse cafe’s Paul and Diana Towers, provided both cyclists and supporting residents with tea, coffee and cakes.

At 13:10 Jordan and Mark arrived at Porthaven’s Stokenchurch care home Chiltern Grange. Part one of the journey was over. After all had taken rest and refreshment part 2 of the journey began. The non-stop ride home. The champions of Avondale returned tired, weary  but triumphant at 16:00. Cheered by team members and residents alike. All their efforts and energy well spent raising money for the Alzheimer’s Society UK.

More can be discovered about this new care home at www.porthaven.co.uk/cheltenham