Alfie Fox wins U16 Championship with Kevin Lee winning the U15

By on in Education and Futures, GSLife, News, Surrey

Alfie Fox wins U16 Championship with Kevin Lee winning the U15 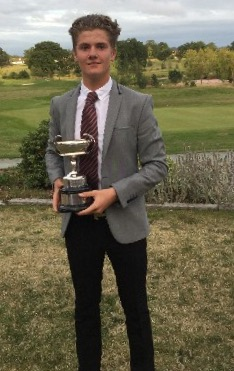 The U16 and U15 Championships are played together and this was hosted at Reigate Hill Golf Club on the 3rd August.

Alfie (Roehampton)  was the joint leader after the first round with a score of 70 with Angus Flanagan (St Georges Hill) and this is against a CSS of 71.

Kevin (Cuddington) was a few shots back on 76.

Kevin closed the gap in the afternoon with an excellent gross 69 (CSS 70) but Alfie managed to hold him off with a gross 73.

Alfie won with a combined score of 143 with Kevin second on 145 but he does win the U15 Championship. 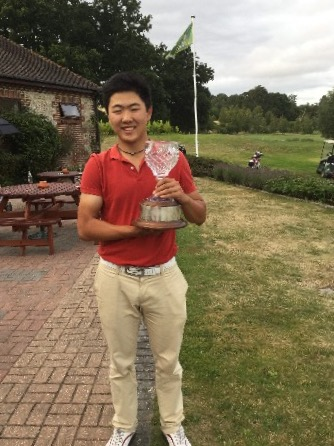 The standard of golf was excellent and this puts Surrey in a strong position for the future with so many good players in this age group.

Both Alfie and Kevin are part of the U16 League team and will also represent older age groups over the coming weeks.

Kevin is our U15 Captain and will lead the side against Wales on Sunday 23rd August.

Well done to both winners and all the other players that took part.